As the Kelowna Rockets embark on what is destined to be a memorable Western Hockey League season, it would seem a contradiction of sorts exists.

With the 2020 Memorial Cup scheduled for the Okanagan Valley in May, many supporters of the franchise have been suggesting an overhaul of the roster is crucial.

Yet, the powers-that-be do not seem to be in a big hurry to do so.

Indeed, while the fanbase has shown signs of impatience, vociferously as early as the second half of last season, Rockets management seems comfortable exercising patience.

“We haven’t been busier than we have any other year,” said assistant general manager Lorne Frey, when asked by DUBNetwork about off-season activity.

“We made the deals at the draft and we’re comfortable with that.”

For those who have experienced interactions with Frey, he is known as an entertaining and emphatic interview. The energetic 69-year-old has been a fixture at hockey rinks for decades and his talent-assessment successes have been very well documented.

If he says he likes what he sees with the returning Rockets roster, surely credibility should rule day.

“We think after making the deals, it put us in a pretty good situation,” Frey opined. “We return a bunch of other guys and they’ll be a year better.

“The only part that really stung was maybe losing Lassi (Thomson). If we get him back, we’re in great shape!”

Thomson played last season as a rookie import defenceman and took the city of Kelowna by storm.

He emerged as the Rockets top rearguard and regularly had the local faithful in awe with his burgeoning skill set. He scored 17 goals – tops among rookie defencemen – and added 24 assists in 63 games. An efficient puck-mover, Thomson also showed proficiency carrying the puck up ice.

He was named the Rockets top defenceman and also the western conference rookie of the year nominee. The Ottawa Senators selected Thomson 19th overall at the 2019 NHL Draft.

It has been reported that Thomson will play at home in Finland this coming season. While the Rockets have not made an official comment, nor have the Senators, who have inked Thomson to an entry level contract.

The draft day deals garnered a pair of defenceman, 19-year-old Sean Comrie from the Brandon Wheat Kings list and 18-year-old Jake Lee from the Seattle Thunderbirds.

Comrie has yet to play a WHL game, opting to play NCAA hockey the past two seasons. Lee was perhaps the T-Birds top rearguard last season.

With the trades consummated, it looked like the Rockets would ice a monster blueline brigade with Thomson, Kaden Korczak, Lee and Comrie presumably the top four. Add returnees Devin Steffler and Cayde Augustine as the number five and six defencemen, it looked to be rather a deep group.

With Thomson’s status a question mark, Kelowna will likely be on the lookout for a defenceman who can contribute immediately.

“And Augustine may have been underestimated last season. He can be good on the power play, but he needs to play to develop.”

Steffler, who came over from Austria last season, has to improve. Last season amounted to a decent audition for the rookie right-handed shooter, but the Rockets need the 19-year-old from Colorado to step up and be more assertive.

“Adam (Foote) has had him at a couple of camps,” Frey said of Steffler. “He’s gotten bigger and stronger and he looks real good right now.”

The Rockets pre-season roster is presumably a glimpse at those expected to attend main camp. Frey is bullish, suggesting there is plenty of talent and depth.

“I don’t know how much better our over-agers can get,” he said. “(Leif) Mattson and (Kyle) Topping were in the top 20 in scoring for guys coming back. They were equal to most of the returning players.”

Both players appeared in all 68 games. Topping led the Rockets in scoring with 23 goals and 46 assists, while Mattson chipped in with 22 goals and 41 assists.

Nolan Foote, entering his fourth full season in the WHL, is expected back and has to be a key offensive contributor. Last season, he led the team with 36 goals and added 27 assists in 66 games. The Tampa Bay Lightning selected Foote 27th overall and signed him to an entry level contract.

“The last two months of the season, they might have been our most-improved players,” Frey said.

Dillon Hamaliuk came over from the Thunderbirds in the draft day deal. The hulking forward collected 26 points in 31 games a year ago before suffering a season-ending knee injury.

“I thought he might have been Seattle’s best player while he was playing last season,” Frey opined.

The San Jose Sharks seemed to agree. Despite missing much of the second half of the season, the Sharks tabbed Hamaliuk with the 55th pick at the NHL Draft.

Veteran forward Liam Kindree will also be back, with high expectations for a breakout season offensively. Against his age class during the 2016-17 season, he led the BC Major Midget League in scoring.

With Kyle Crosbie, Ethan Ernst and Trevor Wong in tow, there is skill among the youth in the mix.

“I’m optimistic that we’ll have a good team,” Frey said. “The scary part is we’ll have a better team the year after.

“A lot of them are ‘01’s and the 00’s that can come back as over-agers, we’ve got two years here we’re going to have a pretty good team, I think.

“That’s not to say we can’t improve, if there’s an opportunity to get a better player. I think we have to get an overage defenceman.

“Our Euro’s; (Pavel) Novak played pretty good at the U18 (Hlinka/Gretkzy), but we’re not sure right now if we’ll have the Russian (Danill Gutik).”

Throughout the 2018-19 season, your loyal correspondent observed the barrage of criticism rifled toward the Rockets organization by fans and media as the team struggled at times during what can fairly be summed up as a “down year” for the hockey club. 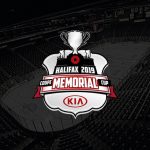 However, some of the panic emanates from folks who seem to be a tad out of touch, at least with the big picture in mind.

“We’re not going to decimate our franchise,” Frey said. “I think we’ll be good enough to be competitive.

“I try to say to everybody, we don’t need twelve 19- and 20-year-old forwards. We need two good lines and your third and fourth lines have to hold their own and compete. They’ll be our younger guys.

The Rockets know full well the addition of a blue-chipper on defence or up front, a reliable contributor who can fit in well with the group, can certainly have a positive impact. What seems to get lost in all of this is the fact other teams in the league are looking for the same types of players.

“We’re limited with our assets,” Frey said. “We gave up a first-round pick at the draft and a second-round pick next year. If there are players available, other teams are going to want them, too.

“Who are we going to get to make us so much better?”

There are many considerations at this point – and it’s all speculation.

Many teams across the WHL will be in a holding pattern as they wait for professional teams to make personnel decisions. That will keep supporters guessing, likely well into November.

For the Kelowna Rockets, it’s a timeline they will not be viewing as a hardship.

Ice Chips…F Ted Brennan will not be back, apparently a mutual decision…RW Jake Poole from McAuley, Manitoba will get a long look at camp…Has the door closed on F Ethan Bowen, the Rockets top pick in 2017? Eligible for the 2020 NHL Draft, he appears to be headed to the University of North Dakota…The time is now for 2016 3rd round pick, RW Deegan Mofford from Rocky Mountain House, Alberta. The 6’3, 196-pound power forward has to arrive at camp in shape and demonstrate his skating has improved…The goaltending appears to be in good hands with Roman Basran and James Porter returning. Cole Schwebius came over in the draft day deal with Seattle, while Cole Tisdale will add to the inner competition…And how about the curious case of RW Michael Farren? In eight games with the Saskatoon Blades, he collects a goal and four assists before being dealt to Kelowna. The then 18-year-old scored twice and added five helpers in 50 games for the Rockets. Does he stick around as a 19-year-old?…A few more players to keep an eye on at training camp; F Cole Carrier, F Dallon Wilton, F Steel Quiring, D Jackson DeSouza and D Noah Dorey.