This day in Giants history – March 30

2005 – Rockets tie series in overtime The one-goal games continued in this series into Game 4 and Kelowna was looking to even the series up. Vancouver opened the scoring late into the opening period with a goal from Adam Courchaine for his third of the playoffs. Despite having […]

Daily Dose of the Dub: Pats assign Kieper to MMHL 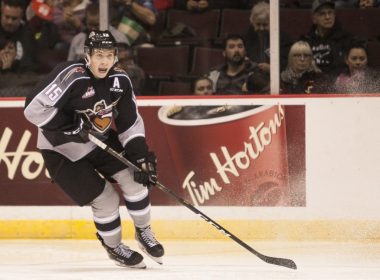 The Vancouver Giants have brought themselves down to the mandated three 20-year-old player limit by trading Owen Hardy to the Moose Jaw Warriors for a future sixth-round pick. The move marks the second overager Barclay Parneta has moved to the Warriors after also moving Jadon Joseph there last month. Hardy, a Nanaimo, BC, native, has […] 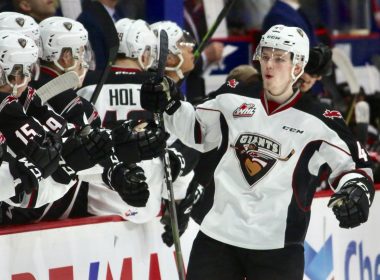 2018-19 Season: Record: 48-15-3-2, 1st in Western Conference Story of the Season: The Vancouver Giants came into the 2018-19 regular season with fairly high expectations after a seven-game elimination at the hands of the Victoria Royals in the opening round of the 2018 playoffs. Naturally, at the very least, a […] 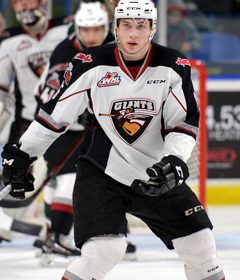 If you followed along with my articles during the Vancouver Giants’ run to the WHL Final last season, you would be familiar with ‘The Hardy Boys’. The line of Dawson Holt–Jared Dmytriw–Owen Hardy was easily the team’s best trio through the four rounds, combining for 49 points in 22 games. Coming into […]

For the second consecutive season, the Ed Chynoweth Cup has been won by a Saskatchewan-based, Community-owned team as the Prince Albert Raiders defeated the Vancouver Giants 3-2 in Overtime thanks to a goal from mid-season acquisition and overage forward Dante Hannoun 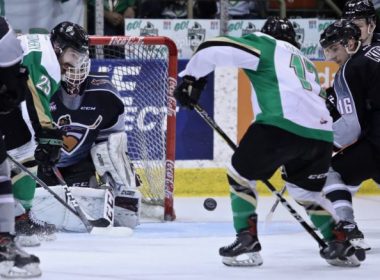 It all comes down to this. The winner nabs a ticket to the Memorial Cup in Halifax, the loser, goes home. Neither team will have reason to hang their head. The WHL playoffs are a marathon, not a sprint and as these players can attest it has been a grueling […]

If you had told people after Game Three of the Prince Albert-Vancouver series that we would be seeing a Game Seven you would have been called crazy, but that is exactly what is happening after a 4-2 win for the Vancouver Giants over the Prince Albert Raiders on Sunday night.

A few thoughts from an ink-stained, dog-eared notebook after witnessing an exciting evening at the Langley Events Centre. With its 1-0 victory over the Vancouver Giants, the Prince Albert Raiders are one victory away from claiming its first league title since 1985. Supporters of the Vancouver Giants proved they can […] 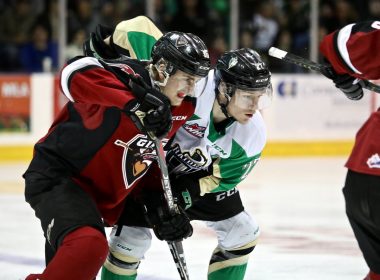 WHL Final Game 2: Raiders blank Giants to even the series

The Vancouver Giants are heading back to the Langley Events Centre with a series split after a 4-0 loss in Game 2. Vancouver only managed to muster 15 shots on Ian Scott in a game where, besides the odd spurt, was all Raiders from the opening faceoff. “We were on our heels […]