With a 5-3 win over the Victoria Royals, the Kamloops Blazers have clinched a spot in this year’s WHL playoffs. 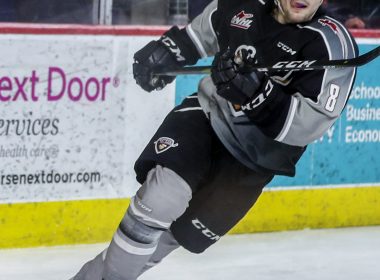 Giants veterans too much for young Rebels

On the night of Red Deer Rebels Head Coach Brent Sutter’s 1,000th game coached, the Giants were in no mood to let him celebrate with a win. Vancouver used its monicker to have a ‘Giant’ third period against Red Deer, scoring four unanswered goals, sealing up the team’s seventh straight […] 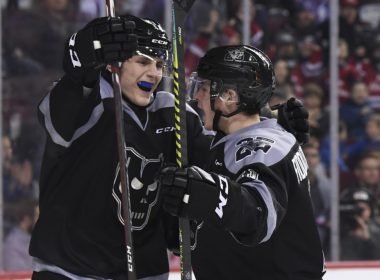 The Calgary Hitmen on Sunday completed a weekend sweep of the Red Deer Rebels handily with a 5-2 victory over their Central Division rivals. The victory came with depth scoring coming up in a big way while Brayden Peters continued his excellent play. Steve Hamilton described his club’s performances this […] 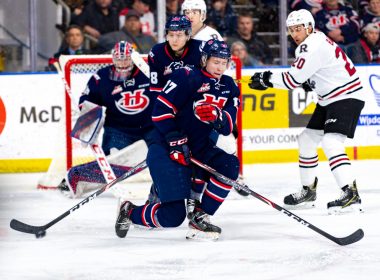 Hurricanes, Rebels put on a show in an old school style game

The rivalry between the Lethbridge Hurricanes and the Red Deer Rebels is alive and well. That was proven once again Friday night when the two teams hooked up for an old school hockey game — three scraps, many scrums, and hard hits. In the end, Alex Cotton played the role […]

Brandon’s Ridly Greig was given a two-game suspension for this hit Red Deer’s Byron Fancy. 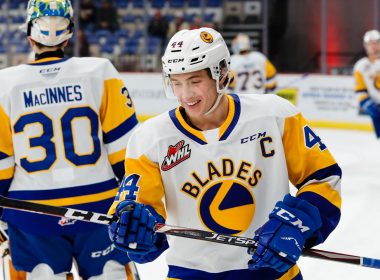 With six minor penalties taken before the game was 25 minutes old, the Red Deer Rebels could not create momentum. After the Rebels got on the board first during a power play of their own, the team gave the Saskatoon Blades a lot of opportunities to stay in the game. […] 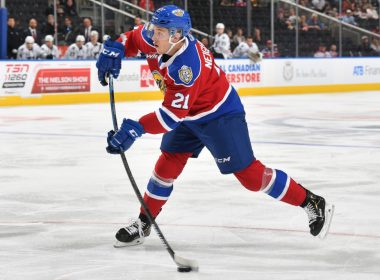 The Edmonton Oil Kings have gotten off to great start following a well deserved Christmas break. They are 2-0 since returning to action, including an 8-3 victory in front of a home crowd of 7,600 in attendance for the team’s first game back at Rogers Place. The game didn’t appear […] 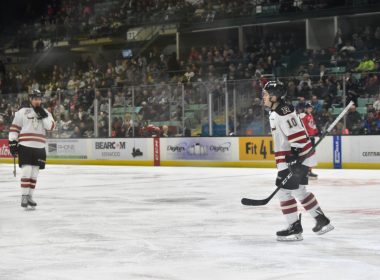 “Ladies and gentlemen, Merry Christmas,” said Rebels general manager and head coach Brent Sutter who was in a festive mood following the Red Deer Rebels’ 3-1 victory over the Swift Current Broncos. On a night when the 4,013 fans in attendance were in a giving mood — it was Teddy […] 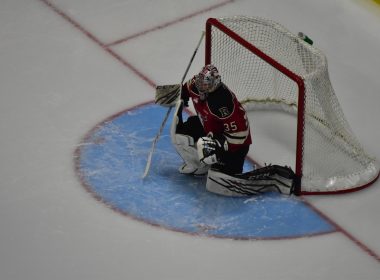 Were it not for a five-goal lead heading into the third period, the Red Deer Rebels could have been facing a three-game losing streak. With 20 minutes to play the Rebels had staked themselves to a 5-0 lead. Red Deer capitalized on chances at five-on-five, with the man-advantage and while […] 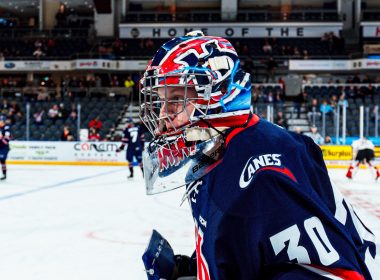 A late-game penalty sealed the game for the Lethbridge Hurricanes as they went on to drop the Red Deer Rebels 4-2. With three minutes and 10 seconds to play in the third period, Mason Ward accidentally put the puck over the glass in the Rebels defensive zone and the Hurricanes […]