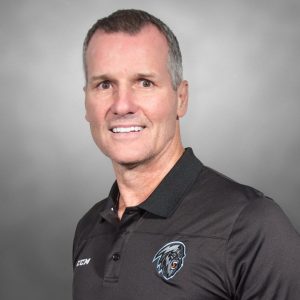 1. Winnipeg ICE head coach James Patrick remembers exactly where he was when he first learned his team’s promising first season in Winnipeg was over. “We were playing in Regina (March 11) and it was after the second period,” Patrick recounted on the phone this week. “My assistant coach Josh Green looked at me and said the NBA just cancelled their season and as soon as we saw that, we all thought the NHL would do the same and that’ll have a carry-over effect on us. The next night I got the call that we were going to shutdown as well but didn’t know for how long. It doesn’t seem long after that they called the season. But the real jolt for me was in the visitors room in Regina when we learned what happened to the NBA because it was such a shock that could happen to them. It was unthinkable that that’s how our season would end.”

No kidding! The ICE were five points off the East Division lead with five games to go but that’s where the standings froze. But the story doesn’t end there. Well it does, but it doesn’t…

2. The ICE moved to Winnipeg from Cranbrook, BC last summer, a place were they were known as the Kootenay ICE since 1996 and they left a 2002 Memorial Cup banner behind. The franchise was headed to Winnipeg, James Patrick’s hometown, and a city that loved hockey but hadn’t had a WHL team to call its own since 1984.

“Put it this way; when I first heard about the possibility (of moving) I thought it was going to be really challenging,” Patrick reflected. “Now that we’ve spent a year here, and having to play in a different setting at the University, there are a lot of positives but it’s certainly not our arena. But seeing the possibilities and how the crowds grew as the year went on, I definitely think we can be successful here and make this our home. We made the city really pick up and take notice, be involved, and be entertained by junior hockey.”

But it wasn’t love at first sight.

“It was slow-building getting the word out there, getting the product out there, the awareness of it in the public,” Patrick admitted. “Coming to the city, the travel, the training facilities are outstanding and being in a big city with all it has to offer – particularly from a medical standpoint – the opportunities for our players to be involved in community service, there were just so many things for us to do. It’s so positive. Getting the brand out there and getting noticed in a town that’s crazy about the Jets, it took a little while, but I heard so much feedback the second half of the year about how much they enjoyed the entertainment value.”

Getting the brand out there. We can help with that! You’ll be hearing more from James Patrick – a veteran of 1,280 NHL games with the Rangers, Whalers, Flames and Sabres – in this space throughout the summer.

4. WHL alum Brent Sopel (STN, SC 1993-97) had some strong words on The Rod Pedersen Show this week regarding the NHL’s Return To Play. The 659 NHL game vet and Stanley Cup champion with Chicago feels the resumption of the 2019-20 season is pointless.

“It’s stupid in my opinion,” Sopel huffed from Chicago. “This just proves the point that Gary Bettman doesn’t care about (the players). He cares about making his wallet thick, and the league. There’s no reason why we should be going back. What was it – nine guys tested positive again? Just wipe the season, start all over again in October, and put a blank on the Stanley Cup. Nobody in the world anticipated what’s happened here. Trying to force it for dollars just proves the point that we’re a piece of meat.”

5. The WHL hasn’t released its 2020-21 schedule yet, and for good reason. It’s a major moving target however Commissioner Ron Robison said weeks ago they’d like to be able to play a full 68-game schedule beginning October 2. Border-crossing and interprovincial travel may prove to be a hang-up but there’s been talk in hockey circles of each WHL division playing within itself. In the East, bus travel between Saskatchewan and Manitoba shouldn’t be a problem. NCAA PAC-12 schools reportedly plan to do it this fall. As a season ticket-holder of the Regina Pats, would I be upset at seeing each opposing team 10 or 11 times? Not on your life.

6. Silly me. When I heard the WHL would need to play before at least 50% of arena capacity in order for next season to be viable, I figured they’d swing the arena doors open and ushers would wave “Seat yourselves but stay six feet apart!” However that’s not the case. During a discussion on the Brandon Wheat Kings Harvest Podcast last week, we learned from Wheaties Director of Game Day Operations and Community Relations Chris Falko that fans will be strategically placed with potentially every second row being empty and no one seated in the middle of rows (i.e. coughing or sneezing on the people on the aisle on your way to the concessions wouldn’t be a good thing). When the Dub returns it’s going to be a wild, never-before-seen ride and patience from you fans will be needed, and appreciated.

7. Two 20-year old goalies are going to have something to prove when the WHL season faces off for 2020-21, and it will. Max Paddock strung together a sequence of 1st Star nods for Prince Albert after the trade deadline as he helped lead the Raiders to a division-best record of 36-18-6-4. While Max never found a true groove in the Regina Pats crease (in my opinion), he found his niche in P.A. and in Raiders fans hearts. The 2020 story for Paddock and the Raiders was a cliffhanger that was left untold. Paddock will undoubtedly be back as an overage, and have the chance to finish off the story himself.

8. The same may be the case for Dean McNabb. The Davidson, SK product and younger brother of Vegas Golden Knights D-man Brayden McNabb lost the battle to Paddock to be the Pats’ 19-year old starting target and found himself shipped off to the ICE. A serious knee injury derailed his season and by the New Year, he was without a team. 20-year old goalies can be rare in the Dub, but McNabb is quality and could give the right team a boost they’re looking for.

9. The hockey world applauded the hiring of Gord Burnett as Assistant Coach of the Moose Jaw Warriors this week. The Regina product and ECHL/CHL vet guided the Junior A Winnipeg Blues to a playoff berth last season and was named a coach for the SJHL/MJHL Showcase in Regina in January. Said Blues GM Taras McEwen of Burnett’s departure: “This is an opportunity for Gord to move to the next level and we are very excited for him. Anytime a player, coach, or member of your staff is able to move to the next level it is something that we are excited to celebrate as an organization. We will take some time to evaluate the current position with the process of naming a new head coach.” 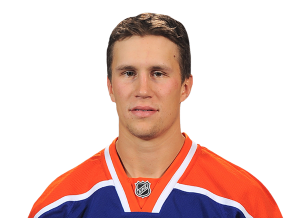 10. Ran into Brandon Wheat Kings alum (2005-09) Keith Aulie in Regina’s Evolution Fitness this week. The veteran of 167 NHL games with the Maple Leafs, Lightning and Oilers is training like a madman, and getting ready to head back to Germany next week for the 2020-21 season which he’s told may begin in November. The farmer from Rouleau, SK saw the shock on my face and quickly offered, “We’re told we’re playing, with salaries at 100%”. What the heck is Germany doing right? I asked the the 6’5″, 231 lb rearguard who owns his team EHC Munchen and he smiled, “Red Bull”.