When the Canadian Hockey League announced the cancellation of this year’s Memorial Cup, it was unfortunate news for teams that believed they had what it takes to make a run to the national championship.

But it wasn’t exactly surprising news with border restrictions still in place and the uncertainty when it comes to the novel coronavirus. So as it is, play in the Western Hockey League continues in all divisions. In the East Division, the final game played this season will come on April 28 in the Regina bubble at the Brandt Centre.

The Saskatoon Blades lead the division with 14 wins in their 18 games while the Swift Current Broncos sit at the bottom with just three wins. And although Saskatoon is at the top, you could argue that the hottest team in the division is the Brandon Wheat Kings, who have won 13 of their first 18 games.

Brandon won eight games in a row from March 24 to April 7 and their point streak extended after earning a single point in a 2-1 overtime loss against Regina on April 9. The team is 8-1-1 in their last 10 games and their offence has been on fire. During their eight-game streak, Brandon scored 41 goals. They scored seven or more goals in three games while they scored five in another, four twice, and three twice.

Following two defeats in a row, Brandon has won their last two contests, scoring 13 goals in the process. Brandon’s 77 goals are 11 more than the Blades, who have the second-most in the division. And the team’s 45 goals against are the second-fewest in the East.

Ben McCartney who is grateful to just be playing with his Wheat Kings teammates this season, say’s it’s been a lot of fun in the Regina bubble.

“Everyone’s playing really well and we’re all coming together nicely,” said McCartney. “We just want to keep this going until the end of the season.” 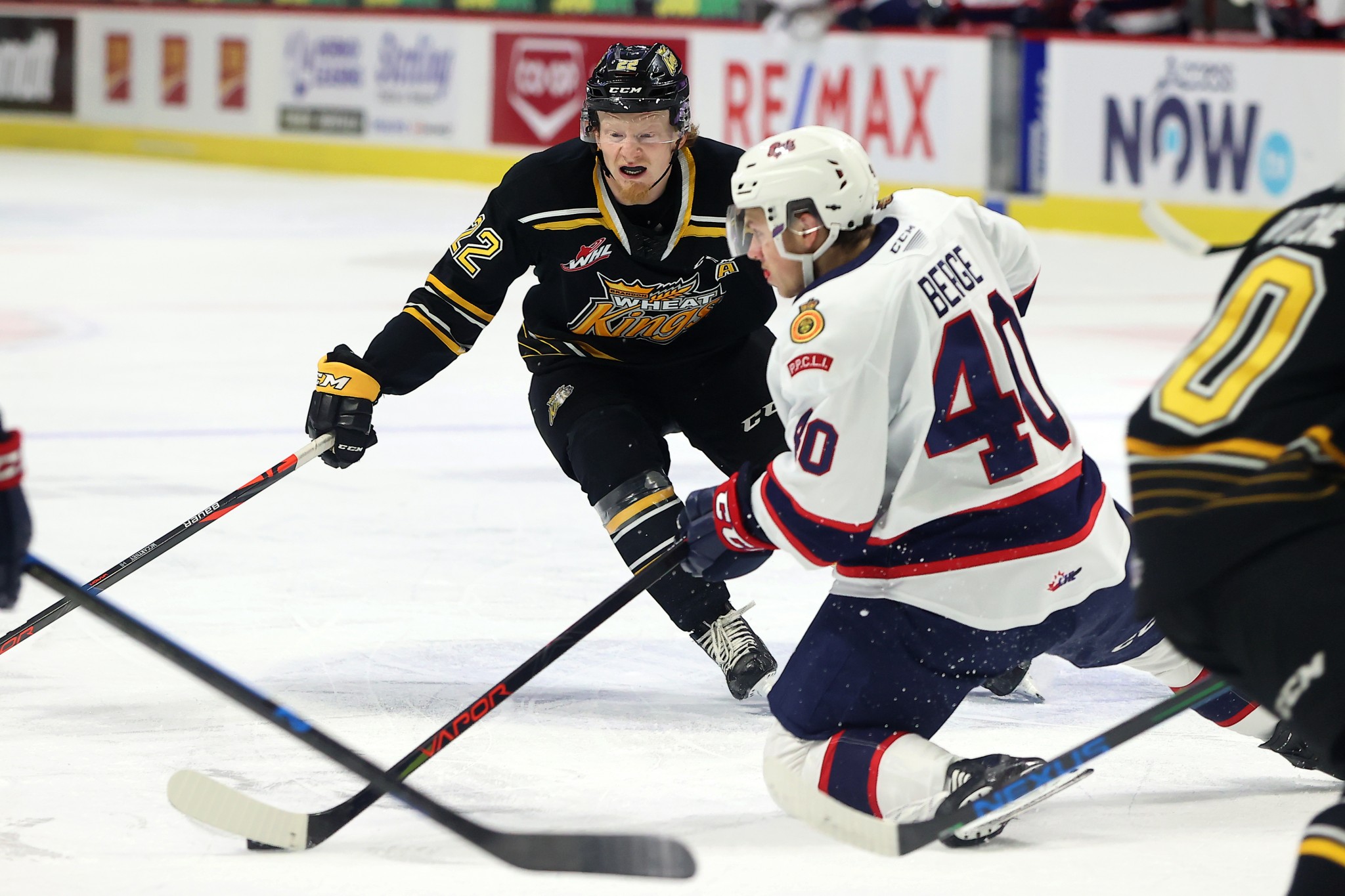 Brandon has six games remaining with them coming over the final 12 days of the season beginning on Saturday when they hit the ice for a game against the Moose Jaw Warriors. Brandon dismantled the Warriors early this week when they scored eight goals on Tuesday. Ben finished that game with two assists and the next night against Winnipeg, McCartney scored three times to increase his total to 11 this season.

A seventh-round pick of the Arizona Coyotes in the 2020 draft, McCartney has been determined to make even more noise than ever before for the Wheat Kings and he’s done that. The 19-year-old posted 61 points last year and he would be well on his way to smashing that total if this were a normal season. It isn’t, but Ben’s numbers are still top-notch.

Big things are expected for McCartney moving forward and he continues to show us why.

“I feel I’ve been playing quite well this season, but there are still things I have to improve on,” offered McCartney. “The production has been solid and I’m just looking to continue helping this team win games.”

In other Wheat Kings news, Darren Ritchie has accepted an amateur scouting position with the Toronto Maple Leafs. As a result, the Wheat Kings have named Doug Gasper as the 17th general manager in team history. Darnell Duff will catch up with Gasper in the coming days.