As usual, the NHL has released their preliminary scouting list, ahead of the 2020-21 NHL season. This time around, the Prince Albert Raiders have found three names on the list; Nolan Allan, Landon Kosior, and Carter Serhyenko. NHL scouts have recognized the skills of Raiders’ defencemen this past season, Kaiden Guhle was selected by the Montreal Canadiens early in the first round of the draft.

17-year-old defenceman Nolan Allan, who is currently on loan with the La Ronge Ice Wolves of the SJHL, impressed enough during the WHL shortened season and was awarded a “B” rating by the Scouting board. For now, at least he is expected to be selected anywhere within the third and fourth rounds. Of course, he can improve his draft position once the WHL season begins and continues to show the growth he has displayed in seasons gone by. 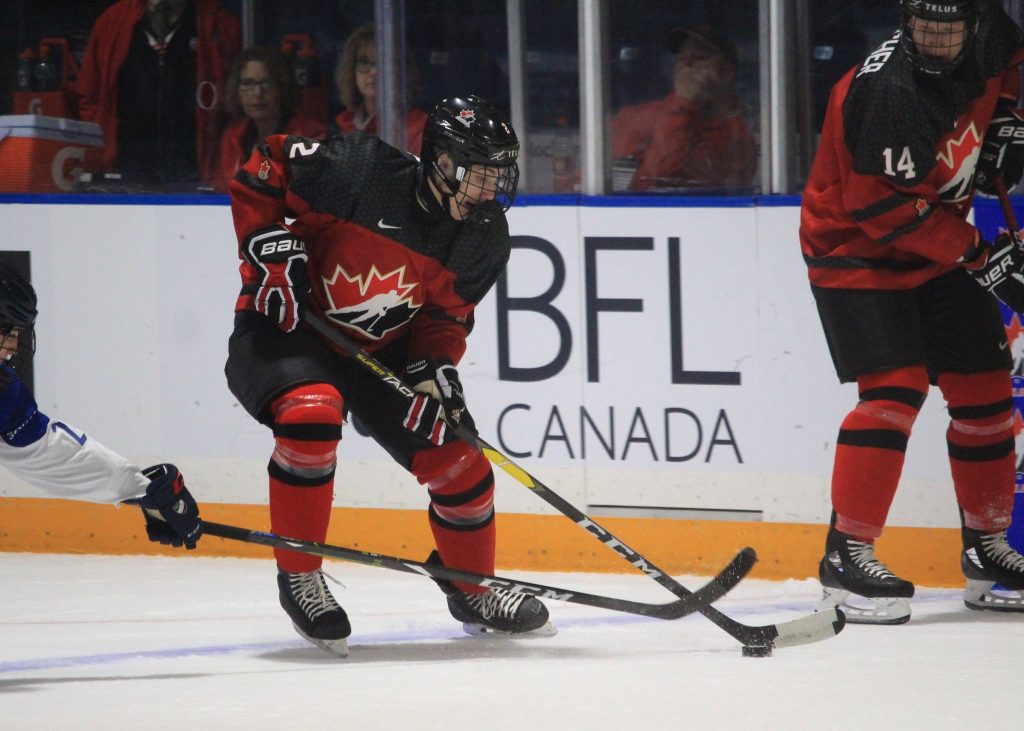 Staying on the subject of defencemen, Landon Kosior had an excellent season with the Raiders and it shows. Putting together a 23 point year from the back end and still being responsible with and without the puck is hard to do in the Western Hockey League. His ability to read plays and occasionally use his speed to jump up and create three on ones is eye-catching, to say the least. At present time he has been given a “C” grading and is expected to be selected for now between the fourth and sixth rounds.

Goaltender Carter Serhyenko saw ice time in 15 games for the Raiders last season putting together a 7-5-1 record alongside a sparkling .916 save percentage. This amount of ice time still managed to ensure that the scouts were paying attention. At just 18 years old and standing well over six feet tall makes him a definite prospect worth looking at. Just like Landon Kosior he too received a “C” rating from the draft committee.

As previously mentioned, defenceman Nolan Allan is currently on loan with the La Ronge Ice Wolves of the SJHL. Allan has played all of his minor hockey in Saskatchewan with the Humboldt Broncos AA and AAA clubs prior to joining the Raiders. Head Coach Kevin Kaminiski is a former WHL player himself having played for the Saskatoon Blades before embarking for the NHL. Under “Killers’ brief tutelage until the WHL season begins, I am certain Allan will learn many things before returning to Prince Albert.

Joining Allan in the SJHL is 19-year-old forward Eric Pearce who was loaned to the Estevan Bruins. A familiar face was already waiting for him in the Bruins locker room, Cole Fonstad. Pearce and Fonstad won the WHL Championship together with the Raiders in 2018-19. Both Pearce and Allan will get limited game time with the Bruins to limit the risk of injury before the start of the 2020-21 Western Hockey League season. Estevan could end up in Eric’s future after this season if he is made available by the Raiders as a 20 year old.

Last ECHL season the Wichita Thunder found themselves sitting in the bottom half of their division on the outside looking in when it came to the playoffs. However, the ECHL chose to halt their season due to the widespread of Covid-19 and the dangers that it brings. All leagues in North America shut down with only the NHL later on resuming play with a unique playoff format done entirely inside of two regional bubbles.

The Thunder are affiliated with the Edmonton Oilers and are not too shy about picking up Western Hockey League players to join their roster. Recently they signed 21-year-old right-winger Brayden Watts formerly of the Prince Albert Raiders. Watts spent five years in the WHL split between three clubs. He was originally a draft pick and player for the Moose Jaw Warriors who he saw just shy of 100 games with before moving onto the Vancouver Giants.

With the Giants Watts matured into the player he would eventually become for the Prince Albert Raiders whom he was traded to in exchange for a fifth-round draft pick in the 2021 WH Bantam Draft. His final season of WHL eligibility saw him earn his highest point total over his five WHL seasons. Scoring at a point per game pace he would supply 61 points. To go along with his abilities to score and set up goals, he was awarded the Raiders Best Defensive Forward Award.

Brayden should fit in well with the Thunder especially with his two-way style of play, the Thunder found themselves with a team -52 goals which were two more goals scored against than the Kansas City Mavericks who were just three points behind them in division standings. Wichita has one WHL alumni already on their roster for the upcoming season in Lane Bauer who was a top player with the Edmonton Oil Kings. I’m certain they will meet up before the season gets underway and exchange classic WHL stories.