Here we have it, the second article in what I hope to be a yearly adventure down memory lane. Re-drafting the WHL Bantam Draft.

Of course, I have the advantage of hindsight. None of what I am doing is meant as a slight to the players chosen or the teams that drafted them. All kinds of circumstances happened that allowed players to have a lot of success in their WHL careers and others were unfortunate.

This time around I wanted to look at some of the numbers behind the draft before I dive into redrafting the 2009 edition of the WHL Bantam draft.

33 of the players chosen went on to play NCAA hockey instead of playing in the WHL, 6 others played NCCA Division III. (16.67%)

Evan Richardson was selected 16th overall by the Swift Current Broncos, and he is the highest player drafted to not report to the team, he went to Boston College and then transferred to the University of Connecticut.

Drafted 228th overall of 234 players, Harrison Harper was the lowest pick to play games in the WHL with 53 games played for the Lethbridge Hurricanes.

The last player drafted to score 100 points was Brett Kulak of the Vancouver Giants. He scored 128 points in 216 games after being drafted 197th overall (9th round).

Ryan Pulock was the lowest drafted player to score 200 or more points. Drafted 136th overall by the Brandon Wheat Kings Pulock went on to score 210 points over 261 WHL games.

Not a lot can be denied here when speaking about the Weyburn, SK native. He played an excellent game under the tutelage of Mike Johnston in Portland. He played in seven games as a 15-year-old after being selected first overall. In the very next season, he was producing at .5 points per game. Some of the points he piled up (42G, 163A) were certainly a product of his environment, the Winterhawks were four-time WHL finalists during his tenure, winning the Ed Chynoweth Cup and participating in the Memorial Cup in 2012-13. As a 19-year-old he contributed 70 points in the regular season followed by 32 more in the playoffs. He ended up being named the WHL and CHL defenseman of the year, that season.

The highest scoring player in the entire draft class at 302 points would have fit in nicely and added some offensive punch to the Moose Jaw Warriors. Drafted out of the Winnipeg Monarchs Bantam AAA program, Leipsic was expected to produce points but no one expected the number of points he would put up with the Portland Winterhawks after being a sixth-round selection. Leipsic also appeared in the Memorial Cup in 2012-13 and had 79 points in 82 WHL playoff games.

One of the most revered defensemen in the WHL, Dumba not only contributed on the scoresheet but was a physical presence night in and night out. Never afraid to mix it up, Dumba piled up penalty minutes to go along with his prowess for scoring from the blue line. Players were afraid to get lined up by his devastating hits also. Dumba was dealt to the Portland Winterhawks to assist them in their playoff run in 2013-14 gaining a hefty return for the Rebels. The Edmonton Oil Kings would have been even stronger in their four-year run had they had the services of the Regina, SK product.

If there is a consolation prize to be had, it is here. The West Vancouver, BC product was not long for the WHL, playing just 147 games in three seasons. He suffered an ACL injury that cost him most of the 2011-12 season but was still highly ranked for the NHL draft. Despite the injury, he still piled up 100 points patrolling the blue line for the Moose Jaw Warriors. Rielly represented Canada at each of the three tournaments he was eligible for while playing his junior career.

The Pats needed offense and they certainly would have gotten it with Magee. The Edmonton, AB product was in the WHL for 318 games and nearly collected a point per game, posting 264 points on 113 goals and 151 assists. Playing for the SSAC Lions in Edmonton for his two seasons of bantam, Magee was nearly a two-point-per-game player. His proclivity for playing in the tough areas certainly assisted the Victoria Royals during his tenure.

A real leader, Pulock was named the captain of his team over his final two seasons in the WHL. Pulock surprised many with his offensive skill set, as he was not known to be a point getter before his arrival in the WHL. When all was said and done, the Dauphin, MB product scored 64 times and assisted on 146 more goals in 261 WHL games. Although he was the highest point scorer among defensemen in his draft year, he was unable to elevate his team to playoff success.

The second and last player to stay where they were drafted. Rankin was a good fit for the Americans in parts of four seasons with the team. He was then dealt to the Calgary Hitmen for Josh Thrower. The deal proved to be a great move for the Hitmen as well, Rankin was nearly a point per game player for the duration of his WHL career. He would finish with 268 points in 339 games after being drafted out of the Vancouver NW Giants program.

While Walters was a serviceable defenseman that stuck in the league through his 20-year-old season, it was responsible Bourke that would have made a good fit in the Green and Silver of the Everett Silvertips. Bourke continued to grow each season in the WHL and played all of his 276 games for the Prince George Cougars. He contributed offensively, scoring 84 times and adding 152 assists. In Bourke’s second year of Bantam AAA with the PAC Timberwolves, he nearly scored three points per game and was the AMBHL’s MVP. 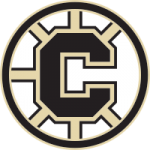 It is unknown if a flashy player like Shinkaruk could have helped keep the Bruins in Chilliwack but he was able to keep filling the seats in Medicine Hat. Despite being injured in his midget season, with a broken tibia and fibula in his right leg, Shinkaruk debuted with the Tigers and held his own as a 16-year-old with 42 points in 63 games. He was valued as a leader, earning the ‘C’ in Medicine Hat for his final two seasons. He ended his junior career in January of 2014 following labrum surgery. He scored 235 points (105G, 130A) in 211 WHL games.

After posting 36 points in 42 games with his hometown Battlefords Stars, Cave would go on to become a leader in the Swift Current dressing room. He steadily improved his game while earning the right to be captain of the team over his final two WHL seasons. He had a productive WHL career notching 202 points, scoring 95 goals and adding 107 assists.

Seth Jones certainly was a great player for the Portland Winterhawks when he came for one season but it wasn’t meant to be with the Silvertips. While the team was defensively minded, there were not a lot of defense first picks to be made at this point that panned out. Stephenson is a good selection for them here as they needed a dependable player who also put up some points. Stephenson was that, supplying 73 goals and 122 assists. The Saskatoon, SK native played 230 WHL games.

Quickly, the first American player taken in the reboot became an exciting offensive presence. Carroll hailed from Austin, TX and came from PF Changs Tier 1 Elite Hockey League where he had three goals in 12 games. The organization then had him play in the BCHL as a 16-year-old. Later, Carroll was an offensive threat with the Royals, where he also earned an ‘A’.

The lowest ranked player in the reboot, Severson was a ninth-round selection in 2009. The Melville, SK defenseman played midget hockey for the Yorkton Harvest in 2009-10 while also playing in the league maximum five games as a 15-year-old. As he grew older, Severson became a very dependable rearguard, while also piling up the points for the Rockets. he would have made a nice addition to the ICE backend, even scoring 15 goals in his final season as an assistant captain. He finished his career with 167 points on 35 goals and 122 assists.

Drafted out of the Winnipeg Monarchs Bantam AAA program, Rodewald was slow out of the gate while being a draft pick of the Regina Pats. Once he was dealt to the Moose Jaw Warriors, Rodewald found his offensive game, finishing up his WHL career with 166 points. 63 of his 76 goals came in his final two WHL seasons.

The native of nearby Regina, SK, Eberle had some big shoes of his distant cousin, Jordan’s to fill. He did a pretty excellent job despite being the final pick of the seventh round. Eberle played two seasons with the Regina Oilers Bantam AA program, scoring 41 goals and adding 41 assists. He then became a full-time WHLer in 2011-12, playing in 270 career games, piling up 80 goals and 92 assists.

The Calgary, AB native was a stalwart on the Rebels penalty kill throughout his WHL career. He spent all of his 256 career games with the Rebels and added 152 points. Drafted out of the Lethbridge Golden Hawks bantam AAA program, Maxwell was relied upon to take on the opposing team’s top line often.

The Fort McMurray, AB product was drafted out of the PAC Timberwolves Bantam AAA program. In two seasons with the team, Hart produced 98 points in 66 games. His impressive offensive showing took some time to develop and an injury-plagued season in 2012-13 saw him dealt to the Prince Albert Raiders. His offense took off in the preceding two seasons, landing him with 154 regular season points for his career.

Being drafted out of a less common league than most players, Hodges piled up points with his South Delta Bantam team in 2008-09, scoring 62 goals and adding 80 assists over 60 games. Hodges struggled offensively in his first season with the Bruins/Royals but then emerged as a legitimate scoring threat as a 17-year-old. Hodges potted 75 goals and 82 assists before his 247 game WHL career came to an end.

Drafted out of the Airdrie Xtreme Bantam AAA program, the Olds, AB native was a consistent threat on the ice. 125 points later, Winther was an early first-round pick for good reason. With hindsight being what it is, he was just not able to produce as many points in the WHL as he had in the AMBHL. He was still a very respectable 0.6 points per game over his 300 game WHL career. He spent time with four different WHL clubs.

A lengthy 322 game career was in the cards for the Meadow Lake, SK defenseman. He spent all five of his WHL seasons with the Brandon Wheat Kings and missed the playoffs just one time. Roy was a physical presence who also put points on the board over his career. Valued as a leader, he was granted an ‘A’ for his last two seasons as a veteran presence. He just hit the 200 point plateau, notching 48 goals and assisting on 152 others.

The Saskatoon, SK native also played his bantam hockey in Saskatoon, piling up points before being drafted by the Portland Winterhawks. 198 games later, Leier had scored 77 goals and assisted on 101 more. Was he a product of his environment, or was he exactly what the team expected of him? The Giants certainly could have used his offense and willingness to mix it up when needed.

While there were not any goalies taken in the first round of the WHL draft in 2009, there were two standouts, Driedger and Mackenzie Skapski. Driedger was the better choice due to his eventually winding up on the Hitmen as the Tri-City Americans dealt him there for a third-round pick in 2012. All he would do is go on to post 88 more wins for the Hitmen in 148 games. His final stat line read 94-46-6-9 with a 2.72 goals against average and a .908 save percentage.