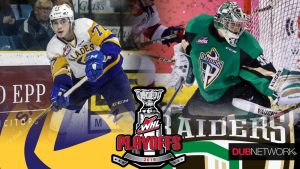 The Prince Albert Raiders will play host to their bitter rivals the Saskatoon Blades to open the second round of WHL Playoffs tonight in the prairies. You can watch the first three games of this series on Sportsnet or on WHL Live.

These teams have a storied playoff past, the most recent meeting coming in 2011 in the first round with Saskatoon winning the series in six games. Historically, their first meeting came all the way back in 1986, in total since then they’ve met five other times.

If the head-to-head regular season meetings give any indication, this should be a lengthy series with arguably two of the top teams in the league doing battle.

Look out for the big name players to play a big role in deciding this series, players like Brett Leason, Kirby Dach, Max Gerlach, and Noah Gregor could ultimately decide who wins the war.

In the full series preview, DUBNetwork’s Adam Ehrmantraut highlighted some storylines to watch.

The overall prediction from the contributors at DUBNetwork has the Raiders in seven games.

Other 2nd Round Action: 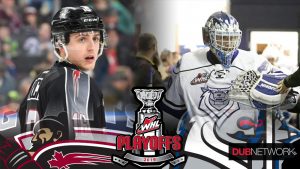