Georgaklis is a San Diego, California, native and has played his bantam with the San Diego Saints for the past two seasons.

In round two, Kirt Hill and his team selected John Novak with the 42nd pick. 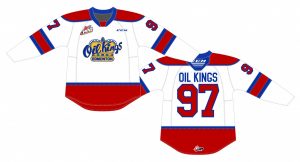 He was the captain of the Lakeville South Bantam AA team last season and played in 49 games collecting 21 points (6 goals, 15 assists).

Earlier today, the WHL Draft Lottery took place which was won by the Prince George Cougars. With the lottery now over, the order was determined for the upcoming draft, and the Oil Kings will select at 20th.