So far in the 2020-21 Regina Pats preview series, we have looked at the goaltending situation and the defense.

Up next, it is time for the forwards.

No matter how you look at the 2020-21 season, it will be one of the most memorable in Pats’ history.

Robbie Holmes picked up a career-best 48 points (19G, 29A) in his overage season. The Sherwood Park, AB product graduates with 114 points (51G, 63A) in 231 WHL games between the Pats and Everett Silvertips. Holmes also played 45 playoff games collecting 17 points (9G, 8A).

After putting up a career-best 32 points (16G, 16A) as a 19-year-old, Riley Krane was traded to the Warriors during the offseason. The team’s sixth-leading scorer leaves the Pats after playing 129 games in the blue and white collecting 57 points (29G, 28A) along the way.

After being picked up during the season from the Tri-City Americans, Jan Cikhart was used in a supporting role. He picked up four points (2G, 2A) in 24 games with the Pats. The Czech Republic product is no longer part of the Pats.

Little used Cale Sanders who is no longer with the Pats was pointless in 34 games in 2019-20.

Returning players, acquisitions and rookies will be discussed next.

The Pats have a balanced forward group that consists of 14 forwards with five of them being 19- or 20-year-olds. They have nine forward between 15 and 18. This mix gives the Pats a real headstart for the 2021-22 season.

Carson Denomie, the lone Regina-born player on the Pats will be leaned upon heavily in this shortened season. The overage winger looks to expand on his career-high 21 goals and 50 points. The alternate captain goes into his final season in the WHL with 198 games split between Kamloops, Moose Jaw, and Regina.

Picking up six points as a rookie, Logan Nijhoff more than doubled it in his second year with 17 points (7G, 10A). After receiving an expanding role in 2019-20 the Comox B.C. product double his previous career-high with 34 points (16G, 18A). The 19-year-old and newly minted Pats captain will be a pivotal part of the teams’ forward group.

Another of the 19-year-old group on the Pats, Carter Chorney comes into the shortened season with something to prove. After being acquired from the Broncos early in the 2019-20 season right-winger added 12 points (6G, 6A) in 37 games. In his three full seasons in the WHL, Chorney has suited up for 157 games. He has 45 points (23G, 22A) split between the Chiefs, Broncos, and Pats.

19-year-old Zack Smith joined the Pats during the season from the Melfort Mustangs. The Saskatoon, SK product had 19 points (12G, 7A) in 51 games with the Pats.

Now 18 years old, Cole Dubinsky looks to expand on his 2020-21 season. The winger has a ton of skill, but the numbers have not reflected on that. In 58 games he picked up 22 points (6G, 16A), as he matures those numbers will improve. Although it is just a 24-game schedule look for him to break out.

The only Pat on the Central Scouting list is right-winger Drew Englot. The second-year forward and Pats rookie of the year comes into the 2020-21 season looking to expand on his 18-point (12G, 6A) rookie year. High marks to him as he was named an alternate captain in his second season in the league.

Speedster Jakob Brook came to the Pats when he was acquired from the Raiders in the Max Paddock trade. Unfortunately, when he was acquired, he was injured and was only able to suit up in 8 games with the Pats scoring once. The Roblin, MB product has the speed to burn and will have every opportunity to put up some decent numbers.

When Cole Carrier was acquired from Kelowna during the 2019-20 campaign, little was known about him. The Strathcona, AB product did not take long to make an impression on Pats fans. The physical forward picked up six points (3G, 3A) in 18 games.

After having a decent rookie season as a 16-year-old Sloan Stanick will have a bigger role in his second season. In 49 games he had just four points (2G, 2A) but the numbers do not tell the whole story. He played extremely well in his role and showed some serious skill.

17-year-old Easton Armstrong was originally a 10th round pick (214th overall) by the Pats. The California-born right winger made his debut during the 2019-20 season. He did not collect any points, but he made a huge impression in his two games. In 72 combined games with the Los Angeles Junior Kings U16, he had 102 points (59G, 43A). Armstrong has an NHL pedigree as his dad, Derek played 467 NHL games.

The first of three raw rookies in the forward unit, Colby Wotton was drafted by the Pats in the 2018 WHL Bantam Draft (136th overall). The 17-year-old from Foxwarren, MB comes to the Pats after collecting 38 points (19G, 19A) in 45 games for the Yellowhead Chiefs (Manitoba U18 AAA). His dad Mark is a graduate of the Blades. 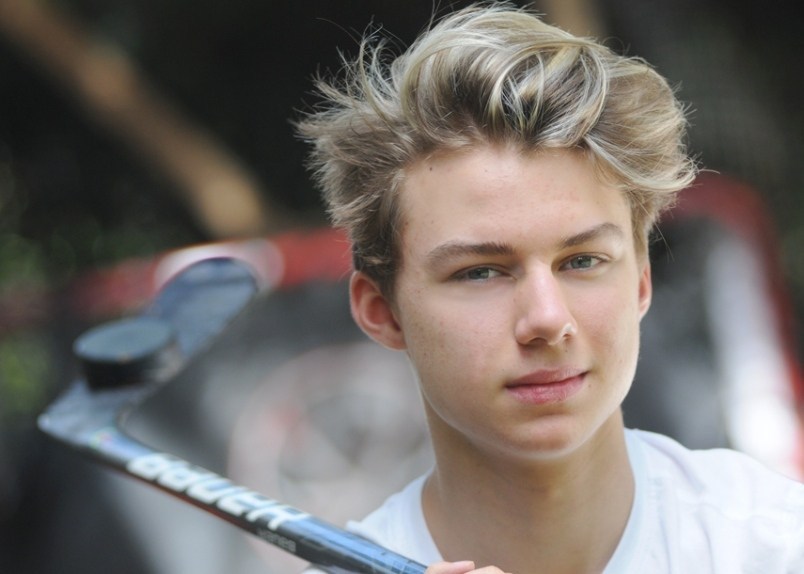 And finally, we have Connor Bedard. What more can be said about Bedard that has not been said? He was selected first overall in the 2020 Bantam Draft. He was the first-ever WHLer to receive exceptional player status. The fifteen-year-old phenom from North Vancouver had 84 points (43G, 41A) in 36 games while playing for West Vancouver Academy in the CSSHL U18. Big things are expected from the young star center and Pats fans can expect to see some excitement for the next few seasons.

The shortened 2020-21 season gives the Pats brass and fans alike a picture of the clubs’ bright future.