MEDICINE HAT – It was an off week for the Medicine Hat Tigers, but that doesn’t mean the group has been in hibernation. However, in some ways, it felt like a “good-bye” week – a little quiet in the Gas City. But of course, things are humming in Saskatchewan and our neighbours south of the 49th parallel got rolling, too!

1. For teams in the Central Division enjoying a bye weekend, when it’s their turn, it means about 10 to 12 days between games. During a normal regular season, a break this long is pretty much unheard of, other than the break in the schedule around Christmas. But, such is the method of operation this season, which continues to demonstrate its challenging uniqueness. Coming off its bye weekend, the Tigers will face the Lethbridge Hurricanes three times in three nights, twice in the friendly confines of Co-Op Place in Medicine Hat. It’s the shortest road trip within the division for each team, just shy of a two-hour drive along Highway 3 in southern Alberta. The Tigers are 4-3 through seven games, while the Hurricanes are 3-4-1 in eight starts. Lethbridge dropped two of three games to the Calgary Hitmen (4-3-1) over the weekend. Meanwhile up north, the Edmonton Oil Kings (7-0) won all three games against the Red Deer Rebels (2-6-2).

2. The Tigers have demonstrated a quick-strike capability this season, which was also apparent during the 2019-20 campaign. It seems like a Willie Desjardins calling-card, that quick transition and speed through the neutral zone. It certainly doesn’t hurt having a handful of effective puck-moving defencemen, the likes of Cole Clayton, Daniel Baker, Eric Van Impe, and Dru Krebs. Clayton and forward Brett Kemp are among the top five scorers in the WHL. Medicine Hat is also making Central Division opponents pay for taking too many penalties. Through seven games, the Tigers possess the WHL’s most productive power play, going 12-for-31 for 38.7% efficiency. Medicine Hat has surrendered three power-play goals, the fewest among Central Division teams.

3. Local media wag Ryan McCracken, City Editor at the Medicine Hat News, has made a point to keep the South Alberta Hockey Academy top of mind when posing questions to the current crop of Tigers rookies. Last May, after 25 years in Banff, the academy program relocated to Dunmore, AB, about 15 minutes from the city centre in Medicine Hat. Desjardins is the program director, while his son Brayden Desjardins is an academy instructor and coach. The proximity to Tigers HQ has enabled a handful of young prospects to convene in the region for schooling and on-ice sessions while navigating the pandemic. The likes of Cayden Glover, Oren Shtrom, Teague Patton, Tyler McKenzie, and Oasiz Wiesblatt were able to skate together on the U18 prep team. “From rookie camps, we started a great bond,” Shtrom said during an early-season Zoom conference. “We’ve (all) kind of kept in contact since then, and when SAHA came, we all went there and played together. We were able to be leaders there and that kind of helped us grow more chemistry. We were all going through the same things, so we could help each other out and talk about everything going on.”

4. When the Tigers lace ‘em up on home ice, CHAT 94.5 FM, DUBNetwork and the Medicine Hat News are on-site to provide game coverage. It’s a privilege to be allowed into Co-Op Place, formerly known as the Canalta Centre. Without spectators, I feel like the atmosphere is quite void of any atmosphere. So, kudos to the hockey fans of the world who put their cash on the dash to attend live sporting events and make the venues exciting and vibrant. Yes, your presence is very sorely missed! When I arrive about 45 minutes before puck drop, I complete a basic COVID-19 questionnaire, have my temperature taken, receive a media badge, and curiously, I am required to replace my cloth mask with the more common flimsy blue model. It’s the same process for the scouts in attendance. At Co-Op Place, there is a concourse with what are referred to as Loge Boxes, kind of an open-air cubicle just above the regular seats with room for four people. I’m seated in one of these between the blue lines and frankly, it’s a great workspace and vantage point with much more legroom than the press box seating area up top in the building. Sadly though, the mini-fridge is locked!

5. Plenty of activity in the East Division since puck drop in Regina. In terms of media coverage? Total saturation in my opinion, from television to radio, streaming, and online resources. Goodness, even the newspapers seem motivated! I’ve enjoyed some of the interesting news for Saskatoon Blades fans on the CJWW Radio website. Veteran play-by-play man Les Lazaruk is compiling a few notes and spinning some yarns with his “W-H-L East Division ‘Dubble’ Blog”. His March 20 post provides a few interesting insights. New addition to DUBNetwork.ca, Jacob Carr, is also chipping in with Blades coverage.

6. The Tri-City Americans edged the Portland Winterhawks 3-2 at the Toyota Centre in Kennewick, Washington Thursday in the first US Division game of the season. Of note for the Americans was the team’s first goal of the campaign, an even-strength tally late in the first period by Jake Sloan. For Sloan, from Leduc, Alberta, it was his first career WHL goal. And just in case that milestone isn’t awesome enough, the match was played in front of about 100 spectators, a combination of billet families and season ticket holders. Sloan’s tally was also a tidbit of positive news for the City of Leduc, which can use some good vibes these days as the community is reeling from the stabbing death of a student on March 15 at a local high school. With Sloan and the Amerks in mind, it’s also interesting the first game in every Division this season has required overtime to determine the winner. And, with two games played in the East Division the same night, it also begs the question – when was the last time there were three regular-season WHL games played on a Thursday? Generally, Thursday has been a night off league-wide in preparation for busy weekends. 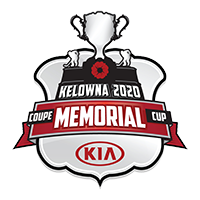 7. It wasn’t too long ago that I remember being excited for the 2020 Memorial Cup in Kelowna. The Rockets had endured a ridiculous regular season, with key injuries ruling the day from start to finish. Yet, so much of the buzz from armchair general managers around the league back then focused on whether or not Kelowna had done enough to build a powerhouse host team. You know, the concept of going “all in”? I was plugged in all season long and to this day I am confident Bruce Hamilton, Lorne Frey et al did it right with the roster by not mortgaging the “entire” future. I especially thought the move to jettison head coach Adam Foote in favour of Kris Mallette would have had a positive impact in the room. With television playing such a huge role in Memorial Cup games these days – three TV timeouts each period – a solid top-six with four high-end defencemen is the group that pretty much logs the heavy minutes. And, if your goaltender happens to outperform the other keepers that week, your team should be in very good order. Heck, it’s such a short tournament! And whether the first-round series against the Kamloops Blazers would have been a short or long one, that would’ve been really fun to watch because I think it would have been just vicious. The Blazers had a solid roster, but there was steady chirp out of Kamloops throughout that regular season. Most of it came across as sour grapes from the faction that belaboured losing the Memorial Cup hosting bid to Kelowna. On top of that, there was the piling on when the Rockets struggled in the standings with a makeshift roster due to a steady parade to the infirmary. The Rockets organization took the guff in stride and never grumbled about its plight. But I know that as a group, they were seething as the post-season approached. These rivalries are great for the game! 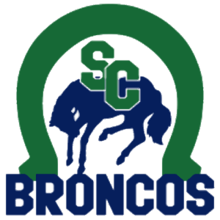 8. Meanwhile, the most recent example of an organization going “all in” to chase a title continues to play out in the East Division hub. The Swift Current Broncos brain trust did just that en route to the 2018 championship and a Memorial Cup appearance. In fact, just surviving the first two rounds of the WHL Eastern Conference playoffs was a tremendous accomplishment that season, with Prince Albert hitting its stride late, along with Moose Jaw and Regina being among the most dominant teams in the league. Since then, the Broncos have undergone almost a complete management transformation, and reconstructing the roster has been a tedious, slow-moving, pain-staking proposition. I’m a big fan of Dean Brockman, who came in after the championship season, but I feel like he’s been dodging anvils instead of life preservers. I also like underdogs, which makes it easy to pull for the crew in Speedy Creek. Having said this, I’d wager many Broncos supporters probably do feel like it was all worth it.

9. Speaking of the Subway HUB Centre in Regina, the WHL has announced another branding relationship – this time for the BC Division’s hubs. The RE/MAX Hub Centres will be home to the teams in Kamloops and Kelowna. And, there will be recognition for the top finisher in the BC Division, too. The announcement can be viewed by clicking right here, including a few thoughts from a good Saskatoon lad, Elton Ash.

10. A tip of the hat to Gregg Drinnan for continuing to create awareness about kidney disease and its impact on the everyday lives of people in and out of the hockey community. Last week, some compelling news for WHL followers emerged. Ryan Smith spent four seasons in the WHL through the early 1990s and today, he requires a kidney transplant. Smith, who is 46, played with Brandon, Prince George, and Lethbridge before playing USports hockey at the University of Manitoba. He has been on dialysis for almost two years. You can click right here and read the Salmon Arm Observer story about Smith’s challenge. If you are interested in being a kidney donor, contact the Living Kidney Donor Program at St. Paul’s Hospital in Vancouver.

(Glen Erickson is a long-time freelance writer with ties to the WHL over the past 35 years. He covered the WHL extensively in Kelowna between 2005 and 2019, in addition to four CHL Top Prospects Games and a pair of IIHF World Junior Championships. Erickson provided coverage of Rockets home games for the Kelowna Daily Courier during the 2018-19 season, before relocating to Medicine Hat.)