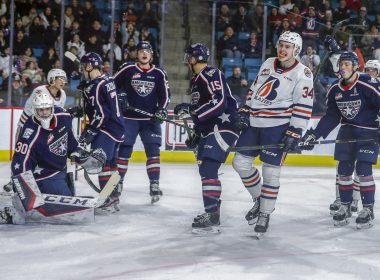 No Connor Zary, no Dylan Garand, no problem. With the Blazers’ star centre and number one goalie watching from the stands, Kamloops received goals from 11 different players in a 12-3 rout over the Tri-City Americans.  Tri City’s captain Krystof Hrabik opened the scoring just 35 seconds into the game […] 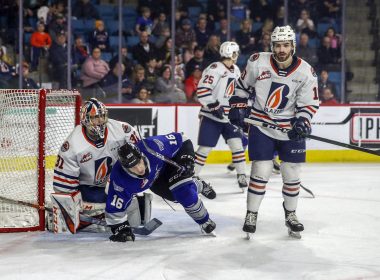 Blazers use depth to roll over Royals

Logan Stankoven scored the game’s first goal for the second night in a row and the Blazers knocked off the Victoria Royals 5-1.  Victoria was playing their sixth game in nine nights and were winners of their last four. By Saturday night, the tank looked near empty and parts needed […] 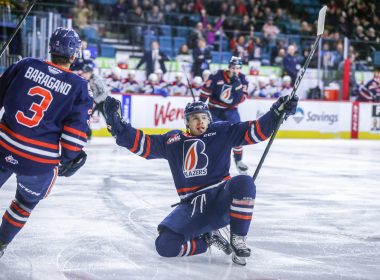 After dropping back-to-back games to the Prince George Cougars the previous weekend, the Blazers returned home to defeat the WHL-leading Edmonton Oil Kings by a score of 5-3. Redemption, atonement, reparation — call it what you will — but Wednesday’s post-game comments suggest that “bounce back” will do just fine […] 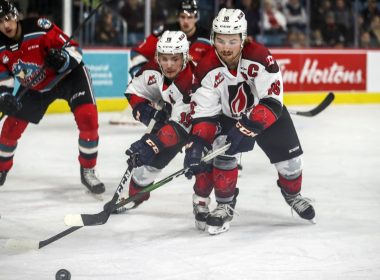 The Kamloops Blazers and Kelowna Rockets added another chapter to the Thompson-Okanagan rivalry on Remembrance Day, and it was a particularly rough one. Kelowna entered Monday’s matinee winless in their last three games, while Kamloops was on the other end of the spectrum, riding a three-game winning streak. Ultimately, the […]

After being traded from the Swift Current Broncos to the Vancouver Giants last week, Joona Kiviniemi has returned home to Finland for personal reasons.

The Prince Albert Raiders have acquired goaltender Duncan McGovern from the Winnipeg ICE for an eighth-round pick in the 2022 WHL Bantam Draft.

With defenseman Filip Kral returning from Toronto Maple Leafs training camp, the Spokane Chiefs had to move out one of their import players to comply with CHL regulations around imports. 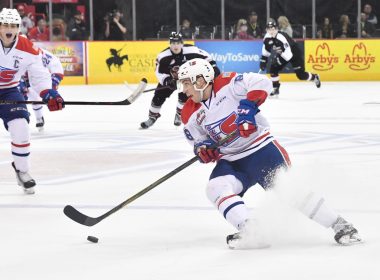 The Blazers opened their 2019-2020 season with a 4-3 loss to the Spokane Chiefs on Friday night. Though the two teams combined for seven goals, goalies Dylan Garand and Lukas Parik stole the show in an evening that emphasized strong goaltending and momentum. Parik — literally and figuratively — stood […] 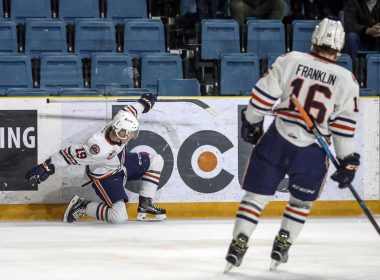 The Blazers completed their preseason with a home-and-home sweep against the Kelowna Rockets this weekend. Yes, they finished the preseason undefeated and yes, that should be taken with a grain of salt.  Kamloops has 17 returning players this season, excluding backup Rayce Ramsay and Swiss-born Inaki Baragano who are shoe-ins […]