According to Kelowna Rockets’ play-by-play man Regan Bartel, Kyle Topping will be back in the Rockets lineup next week. 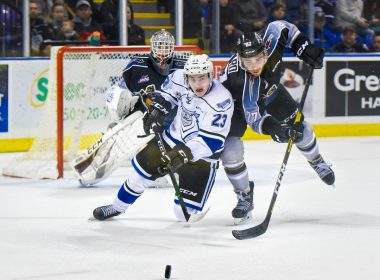 Vancouver Giants’ Krz Plummer scored his first Western Hockey League goal and it stood as the game winner as Vancouver defeated the Victoria Royals 2-1. A close game saw no holiday rust from the two divisional rivals and, as usual, felt like a tight playoff game between these two clubs. […]

Winnipeg ICE forward Peyton Krebs took to the ice with the Vegas Golden Knights on Tuesday as he rehabs from surgery on his Achilles tendon after an off-season training incident.