As expected, Tyler Horstmann was back in the lineup for the Edmonton Oil Kings after missing the last 14 games due to injury. 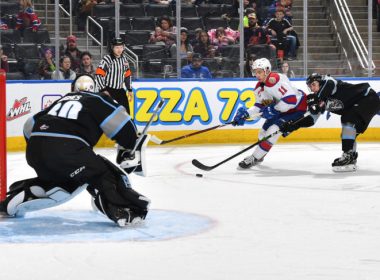 Edmonton recently forfeited their reign of first place in the WHL to the red-hot Portland Winterhawks, a title the Oil Kings have held onto for the majority of the season. Saturday against the ICE, they had an opportunity to put together a three-game win streak and regain their spot on […] 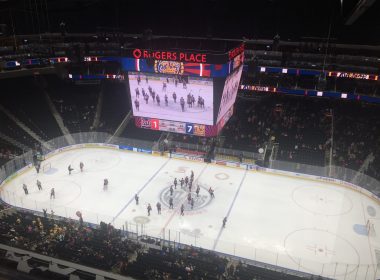 It’s become very apparent that the Edmonton Oil Kings are pleased to be back at Rogers Place after their ten-game BC road trip. After beating the Calgary Hitmen 5-4 on Friday night, the Oil Kings continued to gain momentum as their offence came alive once again, putting seven goals by […]

Daily Dose of the Dub: Klassen sticks with Winterhawks, WHL alumni on the move on CJHL roster deadline and more

Gabe Klassen will be sticking with the Portland Winterhawks for the rest of the year after splitting time between the Winterhawks and SMHL’s Prince Albert Mintos to start the year. 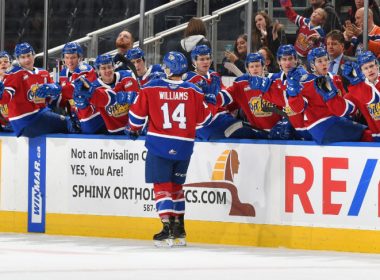 Sunday, September 29th, proved to ultimately be a turning point during the early days of the Edmonton Oil Kings season. Dylan Cozens rolled into Rogers Place and made it his own palace with a dominant four point game in a 5-2 win over the Oil Kings.  However, since that afternoon, […] 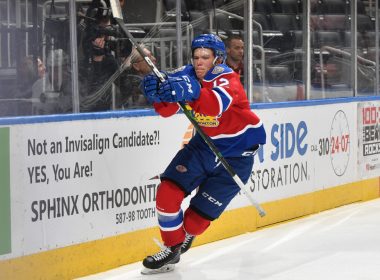 Edmonton, in the middle of a five game road trip, got off to a slow start in Regina. The Pats were going into their fourth game in five days, but it didn’t show early.  Despite being shut out in back-to-back games, the Pats’ first period play looked good. Less than […] 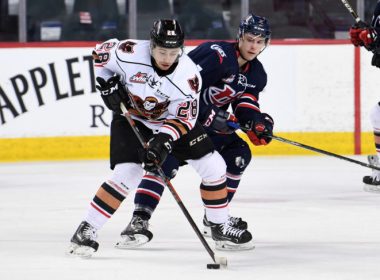 September 27th was not only the home opener for the Calgary Hitmen but also the club’s first of eight games against heated rival Edmonton Oil Kings. Edmonton came into town as the recently ranked number four team in the Kia CHL Top 10, while the Hitmen had fallen off after […] 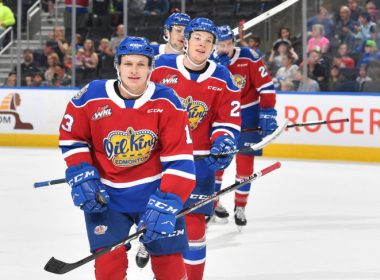 The Oil Kings were rewarded for maintaining consistent offensive zone pressure throughout the course of Sunday’s game which led to a few lucky bounces that allowed them to defeat the Rebels 4-1.  The win helped the team keep a perfect record of 2-0 to start the season. A misplay by […]

Daily Dose of the Dub: McGrew back to Spokane, Newkirk back to Portland, WHL teams make final cuts before opening day

Dylan Guenther along with others impress during Oil Kings preseason

The Oil Kings won their second preseason game in a row on Friday night at the Edmonton Downtown Community Arena. The team handed the Calgary Hitmen a 3-1 loss, as Liam Horrobin wrapped up for the DUBNetwork here.  The win came at the hands of some of the team’s most […]