On Thursday, April 12 the Kamloops Blazers issued a press release, at the end of the workday that read “Blazers and Lajoie mutually part ways” signaling the end of Serge Lajoie’s one-season tenure behind the Blazers’ bench. 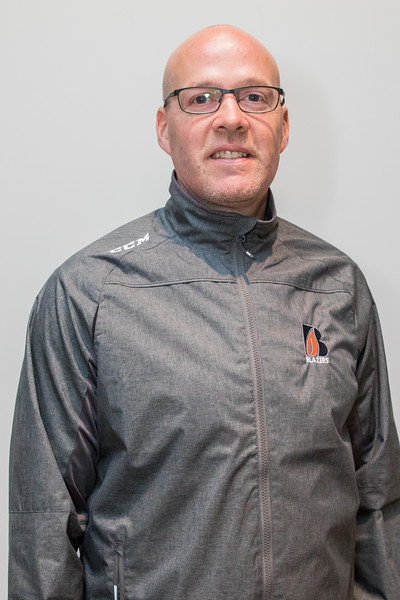 Was Serge the right man for the job? Was he the right man to turn the ship around and head down the right side of the Thompson River? We will never know. Lajoie finished his tenure with the Blazers with a 28-32-6-2 record, enough to slip into the playoffs following a play in game.

This coaching change reflects more on the Blazers organization than it does Lajoie.

After all, just one year prior, Kamloops parted ways with the legendary Don Hay in less than ceremonial fashion. It was announced Hay had retired only to find himself back behind a WHL bench in Portland alongside another WHL legend in Mike Johnston.

Some would say the writing was on the wall part-way through the season when Lajoie’s coaching staff was increased by one. A very experienced assistant coach at both the NHL and AHL level and Blazer Co-Owner Darryl Sydor was brought into the fold.

Sydor was officially hired on February 12th, 2019 and the team proceeded to finish the season with a record of 8-5-2-1. With almost 30 percent of the team’s wins coming with Sydor behind the bench he would be my odds on favorite to start the season behind the Kamloops Blazers bench.

Since the current ownership took over in 2007-08, the Blazers have seen nine different Head Coaches. That’s nine coaches in 11 years, and about to be 10 coaches in 12 years. Not great in terms of stability.

A coaching carousel is never a good thing.

Sure, removing coaches who don’t work out is probably the right thing to do. But it must be said that it’s obvious this organization is having a very hard time getting such an important decision right.

Look, I get it, coaching is a volatile position, but at some point, this organization is going to need to get the decision right and stick with it.

That’s not to say they haven’t had any success with a coach, Guy Charron did very well with a stacked roster and would have likely gone to the 2013 WHL final if it wasn’t for the eventual Ed Chynoweth Cup-winning Portland Winterhawks.

There is no doubt this team is ready to take a step towards their ultimate goal. The on-ice product, especially at the end of the season, was better than it has been in years and they were doing it with young players like Connor Zary, Josh Pillar, and Kyrell Sopotyk. Not to mention that Logan Stankoven will likely be with the team full-time next season.

These players need a consistent voice, someone who will be there to lead them not just for this year, but also for years to come.