This is the second season we have handed out awards for coach and executive of the year.

As has been the case for us with these two awards, the votes were more spread out than with the player awards.

In his third season as general manager of the Winnipeg ICE, Cockell was busy. He kicked off the season at the WHL Bantam Draft by making two moves that ended up landing him overage defenseman Reece Harsch and the second overall pick. That pick became Conor Geekie and he joined Matthew Savoie in signing with Cockell and the ICE. This gives them a dynamic duo for the future.

Cockell was not done there as he made one of the best moves of the 2019-20 campaign by landing Isaac Johnson from the Tri-City Americans for just a fourth-round pick. Johnson, who left the Ams for personal reasons the season before, ended up leading the ICE in scoring with 73 points in 62 games.

Cockell also drafted and signed an impressive pair of forwards in the CHL Import Draft in Michal Teply and Nino Kinder. Teply was second on the team in scoring with 63 points in only 53 games, while Kinder added 21.

The ICE also added Prince George forward Jackson Leppard and the big prize at the trade deadline, defenseman Dawson Barteaux setting themselves up for a run at the East Division title.

Helping that run was overage goalie Liam Hughes who Cockell and co. got to join them as a free agent. He sported a 21-11 record with a 2.53 GAA and 0.914 save percentage.

With five games left in the regular season, the ICE were just five points behind the Prince Albert Raiders for the division lead. They ended there sadly due to the Covid-19 outbreak.

Cockell’s decisions to trade so many picks for a playoff run was a risk, but with his ability to get high-end players to join the organization, he has them on the right track. They went from 13-45-7-3 to 38-24-1-0 in just one season. Not a bad start in Winnipeg.

This was a very tight vote with Everett Silvertips general manager Garry Davidson nipping at his heels in votes. Bardsley, in his second season as general manager with Kamloops also had two picks in the first round of the WHL Bantam Draft. He gambled on both picks by taking defenseman Mats Lindgren and forward Connor Levis. They were able to sign Lindgren and very well might land Levis as well. Dylan Ernst is looking like a blue-chip goalie for the Blazers as well.

The GM hired a new coach for the second of his two years in Kamloops and this time found a good fit. Former Medicine Hat coach Shaun Clouston’s style fit well with the players Bardsley had assembled.

Bardsley’s big in-season additions were two overagers from the East Division. He added forward Ryan Hughes, who he knew from their Portland days. The playmaker had 69 points in 56 games.

Bardsley was able to add some picks for d-man Luke Zazula and flipped import forward Martin Lang for defenseman and fellow import, Libor Zabransky. Bardsley’s team was able to take home the B.C. Division crown with a 41-18-3-1 record. That is 13 more wins in five fewer games from the previous campaign. 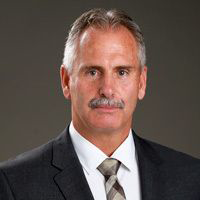 Clouston’s replacement with the Tigers got back to his winning ways in Medicine Hat. He edged out Lethbridge bench boss Brent Kisio in our voting.

The 2018-19 Tigers were a wild card team with 35 wins. This season they added six more wins in five fewer games. The team was still explosive with James Hamblin, Brett Kemp and Ryan Chyzowski leading the way. But they were a little more consistent and ended up in second place in the Central Division.

Not a lot was expected of this season’s Winterhawks. They had lost Cody Glass, Joachim Blichfeld and Jared Freadrich among others and were leaning on a very young forward group.

Johnston pulled all the right strings it seems as Portland won the Scott Munro trophy for the league’s best record with a 45-11-3-4 record. This was with only three forwards over the age of 18 and while missing their starting goalie for nearly a month at World Juniors.

Depth was the key for Portland as for much of the season they had four different lines that could hurt you – each one in a different style.