It was the return of Kale Clague to Westman Place as the formerBrandon Wheat Kings (31-23-3-2) blue liner came in with his Moose Jaw Warriors (44-11-1-2). The Wheat Kings played a tribute video for him before the game as they honored one of the key players on their 2016 WHL championship team.

Clague was held off the score sheet, but was a plus-one with three shots on net. His teammates though potted six goals and took the game 6-3 over the home-standing Wheat Kings.

Moose Jaw got an important two points as the Swift Current Broncos had tied them in points for tops in the East Division. The Warriors got two points out of one of three games they had in hand on Swift Current thanks to two goals from Justin Almeida and three points from Jayden Halbgewachs.

Brandon falls three points back of Regina for third in the East Division (with three games in hand) and they sit two points up on the second wild-card seeded Saskatoon Blades (with two games in hand).

The Warriors got things going with three unanswered goal in the first period. Brett Howden opened the scoring on the rush off a strong play and backhand feed from Tanner Jeannot.

Halbgewachs then notched his 56th this season. He burst around Brandon d-man Ty Ettinger and beat Logan Thompson on the glove side.

Brayden Burke and Ryan Peckford then zipped the puck around the Brandon zone before finding Almedia all alone on the back door.

6:28 into the second, the Wheaties got on the board. Connor Gutenberg. While getting tripped to the ice, he found a loose puck near Moose Jaw goalie Adam Evanoff and went upstairs for his 16th of the year.

Just 1:22 later, Almeida took back the three-goal lead, while short handed. He burst in alone on Thompson and slipped a backhand by the goalie’s left pad.

Burke made it 5-1 on the power play as he battled through traffic and beat a screened Thompson for his 29th of the year.

James Shearer and Braden Schneider added power play goals in the third, but another Warriors goal courtesy of Tristyn DeRoose kept the game out of reach.

Evanoff won the sixth of his last seven starts by stopping 21 of 24. Thompson faced at least 39 shots for his third straight start. He stopped 33 of 39 in the loss.

Brandon went three-of-four on the PP in the loss, while Moose Jaw went one-for-three.

After the Regina Pats(32-24-5-1) vanquished the team with the best record in the WHL twice in-a-row over the weekend, they got to take on a team on Monday whose number they seem to have. They went into P.A. to take on the Prince Albert Raiders (23-25-9-2) and won their 14th in-a-row over them, including a 7-0 record vs. them this year thanks to a 3-1 win behind 37 stops by Max Paddock.

The Pats, playing their third game in four days, scored twice in the first period and then mostly held on as the Raiders peppered Paddock.

Nick Henry opened the scoring 7:23 in with his 11th this year and then Jared Legien added his 20th with 4:43 left from a bad angle.

Brett Leason got the Raiders closer with 6:06 left in the second. He took a couple big steps into some space on the rush and wired a shot over Paddock’s blocker.

P.A. pressed, but ultimately they would fall 3-1, thanks to an empty netter from Matt Bradley.

The Raiders have dropped two straight and now sit eight points behind Saskatoon for the final playoff spot in the Eastern Conference with two games in hand.

TheEdmonton Oil Kings (18-33-6-2) nearly played spoiler on Monday. After falling behind 2-0 to the Saskatoon Blades (31-27-2-1), they roared back with to, third-period goals, sending this game to overtime. 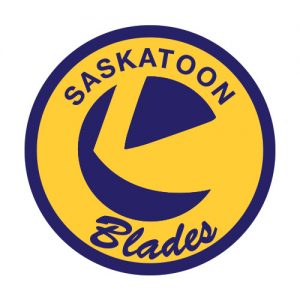 Instead of the Blades missing out an  a very important extra point in a tight playoff race in the Eastern Conference, though Jake Kustra netted the overtime winner for the 3-2 Blades win.

Kustra notched just his fourth goal this year and it was the winner. Chase Wouters drove into the zone and dished to Braylon Shmyr, who drew the defense before finding a wide open Kustra at the right side of the net.

Braylon Shmyr found his own rebound to open the scoring with 1:58 left in the second and Chase Wouters netted a short handed marker midway through the third to make it 2-0.

The Oil Kings came back to tie the game. An outlet pass behind the Blades net, deflected right to Kobe Mohr, who netted his eighth this year.

Trey Fix-Wolansky then tied the game on the power play as he toe-dragged around a Blades defender and sniped a shot over the glove of Blades goalie Nolan Maier.

Maier stopped 13 of 15 in the win. For the Oil Kings, Todd Scott left the game after colliding with the post in the third and was replaced by Josh Dechaine. Scott stopped 18 of 20, while Dechaine turned away two of three.

Oil Kings cough it up in their own end with Todd Scott caught way out of his net and Chase Wouters has a wide open cage to make it 2-0 Blades. Scott collides with the post diving back into his crease and has to be helped off the ice, replaced by Josh Dechaine. SHG for Wouters.