Volume 3: I’m switching gears with my weekly column. I’ll continue to key on Tigers topics from my HQ here in Medicine Hat, Alberta but with so much happening league-wide these days, along with so many friends and resources to draw from across Western Canada and the USA, I’ll try to measure up with a broader scope. Hence, the “Tale of the Tape”! 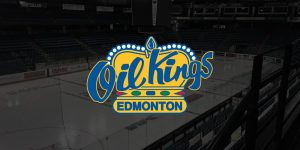 1. The Edmonton Oil Kings continued its winning ways this past weekend, improving to 4-0 on the season after sweeping a home-and-home set with the Medicine Hat Tigers. The Oil Kings never really gave the Tigers a sniff in the 4-2 win Friday in Edmonton at the Downtown Community Arena. Edmonton did it every which way on the night, scoring once on the power play and once shorthanded and led 4-1 with seven minutes to play. In fact, when Tigers defenceman Eric Van Impe tallied to narrow the gap, there was less than a minute to play in the contest. In other Central Division action, the Calgary Hitmen and Red Deer Rebels split their two games as both teams won on home ice.

2. While the result was the same in the return engagement at Co-Op Place in Medicine Hat, the story was written in a slightly different manner during the Oil King 3-1 victory. This tilt was pretty much a dead heat until Tigers defenceman Cole Clayton’s clearing attempt went over the glass and resulted in a delay of game penalty with under five minutes to play. That kind of chintzy penalty always seems to come at an inopportune time and this one bit the Tigers in the backside. Five seconds into the power play, Scott Atkinson scored the game-winner, then the Oil Kings added an empty-netter. During the post-game Zoom presser, head coach Willie Desjardins summed it up this way: “We shot the puck over the boards, they scored on the power play and that was the difference.” He’s not wrong, but the Oil Kings were rather suffocating in the final frame as well, limiting the Tigers to two shots on goal, the first of which came late in the period.

3. The early-season matchup we witnessed between goaltenders Tigers Garin Bjorklund and Oil Kings Sebastian Cossa delivered as advertised. While the keepers don’t necessarily “play” against each other, we asked Desjardins before the weekend what he has observed about the mindset when a pair of top goalies face each other at the opposite end of the rink. “Well, they’re so competitive,” Desjardins said of players at this level. “They have a competitive nature where they always want to be the best. So, whenever you get the opportunity to go head-to-head, it’s not like they don’t know it’s happening – they know 100% it’s happening. They know where it’s at. They want to show what they can do.” Bjorklund stopped 54 of 60 shots during the two games, while Cossa blocked 50 of 53. Bjorklund was selected by the Washington Capitals in the sixth round, 179th overall at the 2020 NHL Draft. Cossa, who checks in at 6’5 and 200 pounds, has been assigned an “A” rating on the NHL Central Scouting’s players to watch list for the 2021 NHL Draft.

4. The early-season matchup I had hoped to witness was Cole Sillinger versus Dylan Guenther. I know I’m not alone. Alas, it didn’t materialize with Sillinger opting to play in the USHL back in January. By all accounts, he has fit in very well as a member of the Sioux Falls Stampede and may return to Medicine Hat later on this season. Guenther, the first pick overall at the 2018 WHL Bantam Draft, has scored six times and added four assists in four games so far, rolling along as part of a high-octane forward group with the Oil Kings. Sillinger and Guenther look to be locks as first-round selections at the 2021 NHL Draft. As fans of the game, even media types like to watch these young stars. While the players we speak of are not always on the ice going head-to-head, it’s no secret they all want to be at their best when facing their high-end peers. As divisional rivals, I hope we’ll see these two WHL stars on the same ice surface at some point in the future.

5. This “non-matchup” circumstance is reminiscent of the 2019-20 season when the Tigers hit the road on its early November road trip through the BC Division. One of the intriguing games on the schedule was the Tigers date in Kamloops with the Blazers, which would feature not only the Tigers former head coach and general manager, Shaun Clouston, but arguably the top two 16-year-old players in the league, Sillinger, and Blazers forward Logan Stankhoven. But that matchup didn’t come to pass either! Sillinger stayed at home in the Gas City to participate in the World U17 Hockey Challenge. All told last season, Sillinger was an important offensive contributor for the Tigers as a 16-year-old. He scored 22 goals and 31 assists in 48 games while compiling a plus-19 rating.

6. Coincidentally, Stankhoven wasn’t in Kamloops, either. The diminutive forward was also summoned by Hockey Canada to play in the U17 but was based in Swift Current for most of the event. Both are elite WHL-calibre players. With the WHL’s unbalanced schedule – if we ever get there again – will Sillinger and Stankhoven ever faceoff in a regular-season game? And for the record, Guenther also played in that U17 tournament. Did I say I think Sillinger and Guenther are locks to be NHL first-rounders? Add Stankhoven to my list as well. The Blazers finished atop the BC Divison last season and Stanhoven, a hometown lad from Kamloops, was a key contributor. In 59 games Stankhoven scored 29 goals and collected 19 assists  while compiling a plus-25 rating

7. I like how Eric Van Impe’s game continues to evolve among a competitive group on the Tigers backend. Drafted in the second round, 30th overall in 2016 by Spokane, the Calgary product never did suit up for the Chiefs. The 6’3, 195-pounder landed closer to home in Medicine Hat when the organizations did some trade business early in the 2017 WHL season.

For much of last season, the Tigers slotted rookie rearguard Dru Krebs alongside Van Impe and it got me to thinking about the importance of that veteran presence with these pairings. “I think it’s important,” the 19-year-old Van Impe said. “At the start, you’re trying to adjust to the speed of the league and the pace of play. But at the end of the day, you have to realize you’re here for a reason. It helps playing with the older guys, but you’ve still got to do what you can do. I think Dru is a pretty easy guy to play with. He’s a great player and that makes it easier for me, too. He can skate well and he’s got great IQ, so it’s about helping him out to adjust and not worry about making bad plays, just knowing it’s about that learning curve.” Van Impe and Krebs also benefit from their hockey bloodlines. Van Impe’s father, Darren, played in both the WHL and NHL, while Krebs’ older brothers Dakota and Peyton have enjoyed productive WHL careers.

8. It was nice to check in with some friends from British Columbia as word came down about the implementation of the “hub” concepts in Kamloops and Kelowna. The pucks drop March 26, one month to the day after the Central Division got started. Stay tuned to DUBNetwork.ca for more details!

9. I was asked last week to keep this in the vault and the announcement finally dropped Monday. Access Now-TV will provide some television coverage of WHL games from the Brandt Centre in Regina. DUBNetwork.ca followers might recognize the personalities who will be “in the booth”. The details and schedule are available by clicking right here. The Regina hub has been buzzing over the past week with preparations to host the East Division. The seven teams from the WHL’s eastern-most locales are gearing up to hit the ice this weekend. Unlike the Central Division, which will only play on weekends, the East Division will also play some mid-week games.

10. What fun it was to chat with Ray Ferraro last week about his 1983 season with the Portland Winterhawks. So much has been made over the years of his 108-goal season during the 1983-84 season with the Brandon Wheat Kings, but Ferraro won a Memorial Cup in his rookie campaign as a third-line centreman on a very deep, tough, and talented  Winterhawks team. That was the premise when I reached out to Ferraro to discuss the 1982-83 season, but our conversation went down a couple of different rabbit holes. Ferraro has amazing recall of so many people and places from his junior hockey days and our stroll down memory lane was punctuated with a handful of laughs. I published the piece Sunday at DUBNetwork.ca – it’s a long read – where you can look it over by clicking right here. And yes, there’s a reason that antique-looking picture tube television appears in the Winterhawks team picture after its Memorial Cup championship game victory!

(Glen Erickson is a long-time freelance writer with ties to the WHL over the past 35 years. He covered the WHL extensively in Kelowna between 2005 and 2019, in addition to four CHL Top Prospects Games and a pair of IIHF World Junior Championships. Erickson provided coverage of Rockets home games for the Kelowna Daily Courier during the 2018-19 season, before relocating to Medicine Hat.)