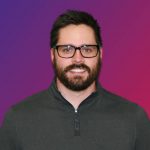 A graduate of SAIT's Radio, Television and Broadcast News program, Mark has been involved in the game of hockey for the past decade. Starting as a camera operator for Calgary Hitmen, Mark furthered his hockey career in Marketing and Sales for the Alberta Junior Hockey League's Brooks Bandits and the Medicine Hat Tigers of the Western Hockey League. Following his time in the Southern Alberta junior hockey scene, Mark began his career in hockey writing and went on to write blogs and articles for NHL Trade Rumors Online. In late 2019, Mark became a content contributor to the number one hockey podcast in the world, Spittin' Chiclets through the social media account, Spittin' Chiclets Clips.