The Brandon Wheat Kings ended the 2018-19 season on Saturday, March 18, 2019, on home ice against the Regina Pats. In front of nearly 5000 fans, Luka Burzan scored the shootout winner as Brandon nipped Regina, 5-4.

Brandon’s last game during the 2019-20 season was a 4-2 defeat against the Prince Albert Raiders and more than a year after that loss, the Wheat Kings will hit the ice once again. In a normal year, the Western Hockey League’s regular-season finishes in the middle of March.

As we all know, times are certainly not normal as we continue to battle the COVID-19 pandemic.

Back on February 12, 2020, the WHL was granted approval by public health officials from the Government of Saskatchewan to play in a hub centre located in Regina. This means the East Division’s seven teams will open a new season on Friday, March 12.

Brandon will be joined by Winnipeg, the host Pats, Moose Jaw, Saskatoon, Swift Current, and Prince Albert as the teams will come together for a 24 game development season with all games being played at the Brandt Centre.

Don MacGillivray, Head Coach for the Wheat Kings is thrilled that the team will get going in Regina very soon.

“I think everyone’s excited to be playing. We all understand it’s going to be different than normal, and everyone is ready to commit to things they may not have to in a normal season,” offered MacGillivray. “We’re extremely happy that owners made a commitment that will get our guys on the ice.”

Being placed in a bubble will without a doubt give all teams a great opportunity to bond together as a team. MacGillivray says that will not only benefit the team off the ice but on the ice as well.

“It’s a great opportunity to grow this group and become a real tight group,” he stated. “In a normal season you would spend up to two weeks on the road, now we’re spending upwards of two months.”

All members of the Wheat Kings are now self-quarantining before reporting to Regina on February 27, where they will undergo COVID-19 testing upon arrival followed by an additional quarantine period.

After starting the season in the American Hockey League with the Hartford Wolf Pack, it’s been announced that Braden Schneider will return to the Wheat Kings as they enter the East Division bubble. It’s very likely that some young Wheat Kings prospects get an extended opportunity to hit the ice during this developmental season and the organization has put their full trust in Schneider to lead this group.

The Prince Albert, SK native, who played with Team Canada at the IIHF World Junior Championships, has been named captain of the team.

Braden has played the past three full seasons with Brandon and the New York Rangers draft pick without a doubt has a great future in store and if there was ever a time to learn how to be a great leader, living with your teammates for two months and spending countless hours with them — as will happen this season — could be the best way to achieve this.

Darnell Duff will catch up with Braden later this week to get his thoughts on the season and his time in the AHL.

Nate Danielson, Tyson Zimmer, and Rylen Roersma went fifth, sixth, and 16th overall to the Wheat Kings in the 2019 draft. Roersma had three points in five games to start the season with the Lethbridge U18 Hurricanes while Danielson averaged two points per game during his five games. Zimmer; meanwhile, playing with the Waywayseecappo Wolverines of the Manitoba Junior Hockey League (MJHL) scored four times and added four assists.

During my conversation with MacGillivray, he had many great things to say about all three prospects, but he keyed in on Zimmer who grew up just two hours away from Brandon in Russell, Manitoba.

Don expects to have eight guys in his lineup that have never played a Western Hockey League game before and many teams are expected to be in the same position as the season rolls on.

“Our young guys will battle for spots on a nightly basis, they will have to earn it,” ended MacGillivray. 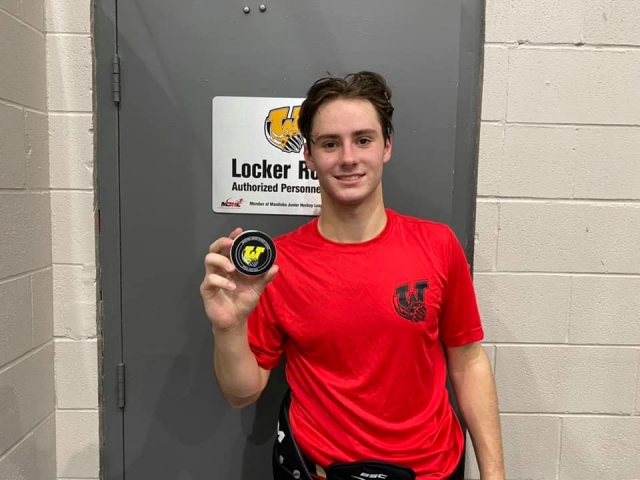