Silvertips clinch home ice in the first round

With their victory over the Seattle Thunderbirds, the Everett Silvertips have clinched home-ice advantage in the first round of the WHL Playoffs.

Winterhawks clinch home ice in the first round

HAWKS CLINCH HOME ICE TONIGHT THANKS TO THE WIN!

The Portland Winterhawks clinched home-ice advantage in the first round of the WHL Playoffs with their win over the Victoria Royals.

The Prince George Cougars returned defenseman Keaton Dowhaniuk to OHA Edmonton for the CSSHL playoffs. In eight WHL games this season, Dowhaniuk had one assist.

A little short in all departments tonight. 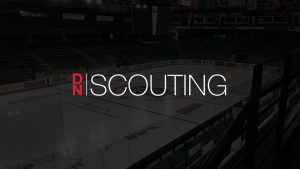 Price, Wylie out for Silvertips

Jalen Price and Wyatte Wylie did not dress for the Everett Silvertips on Sunday. Our friend Josh Horton at The Herald in Everett reports they’re both dealing with injuries.

Box office is open… see you at 6! pic.twitter.com/CQsyvORrqc

Mike Ladyman and Anson McMaster were back in the lineup for the Winnipeg ICE on Sunday after sitting out on Saturday.