Yes, you heard that right, your favourite CHL team will be getting a new jersey next year. Well, not officially.

There are few things hockey fans get extremely excited and passionate about, one of those things is their team’s jersey. Some are sacred – see the classic lines of the Montreal Canadiens red and blue. Some are changed so often one might mistake them for interchangeable parts on a car.

Not only do jersey designs change and mold into different iterations, but jersey styles also do as well.

For CCM, their latest upgrade to their hockey uniform gives us the Quicklite jersey.

The new jersey style made its debut at the 2018 American Hockey League all-star game and quickly made its way into full use for all 31 AHL teams.

From a design perspective, the new Quicklite jersey features a new collar design as well as some enhanced CCM branding on the back, above the name bar. It should be noted that the CCM logos will now be heat-pressed onto the jersey instead of stitched.

The CHL used the Quicklite jerseys at the 2019 CHL/NHL Top Prospects game.

While DUBNetwork couldn’t get a confirmation from the CHL or CCM that they would be moving to the new Quicklite jerseys for the 2019-20 season, we can say it is likely.

Both Ontario Hockey League teams that have debuted their new look jerseys have done so with the Quicklite template, as well as one team in the Quebec league.

Looking west, the Winnipeg ICE recently posted some images from their prospects camp with players wearing the new style jersey. 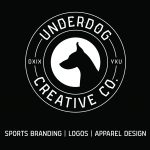 If this wasn’t enough, there are a multitude of teams that have put their jerseys on mega sales for seemingly no reason including Kamloops and Kelowna.

Wondering what this means for your team? DUBNetwork had Underdog Creative put together what he thinks they might or could look like with a few tweaks.

Home › Forums › New jerseys on the horizon for CHL teams?