It was a long wait for fans of the Red Deer Rebels, the team being without a first-round draft selection for the first time since 2016. But general manager Brent Sutter did make a move to select earlier in the second round than expected.

Originally expected to be drafting 31st overall, the Brandon Wheat Kings dealt the pick to Red Deer for the Rebels 2nd round pick and a fourth-round pick later in the draft.

The name called for the Rebels was defenseman Hunter Mayo of Martensville, SK. Mayo played with the 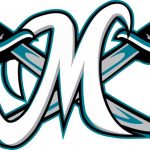 Martensville Maurauders Bantam AAA team in 2018-19 registering 15 goals and 27 assists as the provincial champions in Saskatchewan.

“We targeted him…” said Rebels assistant general manager Shaun Sutter. “There was a team in front of us that communicated to the family that they were probably going to take him, so we moved in front of them to take him.”

Draft Geek had this to say about Mayo, “A top defenseman in Saskatchewan, Mayo’s comfortability with the puck and footwork saw continuous improvements as the season progressed. A defenseman with no glaring weakness. Mayo provides the complete package as a defender. He’s got the size, skill, skating and physical qualities of a high-end prospect”

Later in the second round, the Rebels went and selected a second defenseman in Jace Weir from the Omaha North Zone Kings Bantam AA team in Prince George. The Coldstream, BC native was fifth in league scoring with eight goals and 24 assists in 18 games. The league is considered a second tier league.

“There wasn’t a lot of right shot defenseman,” Rebels assistant general manager Shaun Sutter said about the draft board “That’s the thing you are kind of always looking for as an organization. You look at your team now, where it’s at, things that maybe lack in our team. We drafted two defensemen with our first two picks that are both guys that can skate and move the puck and are guys that are real hard to play against. ”

With their third-round selection, the Rebels took five-foot-seven forward Carter Anderson. The Thompson, MB product played in Winnipeg, MB with the Rink Hockey Academy Nationals. Anderson played in 29 CSSBHL games with the Nationals putting up 29 points on 17 goals and 11 assists.

“We like that he is going back there (RHA Nationals)” Sutter said of Anderson “He’s from northern Manitoba being from Thompson. He plays a real great game and can score some goals. They do a real good job on the strength and development side.” 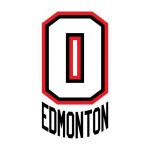 Justen Maric was the fourth player selected by the Rebels. The fifth round selection hails from Edmonton, AB and was the goaltender of record in 16 OHA Edmonton Bantam Prep games. He held a 2.37 goals against average and a .915 save percentage.

Parker Lalonde played two seasons with the Warman Wildcats Bantam AAA team. In 62 games he piled up 39 goals to go with 41 assists. “He’s a guy that will play for the Saskatoon Blazers, they have really great coaching, same team as Hunter Mayo. He’s a good all-around player,” said Sutter.

Notre Dame has been a good academy program for many years and the Rebels hope Jhett Larson is the next great product of their program. The Rebels selected him in the eighth round. “He’s gonna play midget AAA at Notre Dame (next season), he’s a smaller guy but plays a good 200-foot game. Has skill and sense,” added Sutter.

Another player drafted from Saskatchewan, Kody Norberg played a couple of seasons with the Warman Wildcats of the SBAAHL. Red Deer took Norberg in the ninth round. “(He) is gonna play Battleford Midget AAA the defenseman can skate, is kind of a defensive guy.” said Sutter of Norberg.

The second, ninth round selection for Red Deer went on an American player. Michael Valdez of Westminster, Colorado played with the Thunderbirds U14 team in Colorado. In the late rounds, teams tend to take a flier on players, hoping they can get them before they commit to an NCAA school. “One of the best American forwards in the draft,” said Sutter. “You take a long shot on a guy that if you get him it’s a home run and if not you rolled the dice on that one, he’s an elite player he’s a player that’s gonna be a pro.”

Back to Saskatchewan, the Rebels went. This time, in the tenth round they selected Regina, SK native Delcan Cosford. While playing for the Regina Monarchs Bantam AA program Cosford scored 27 goals to go with 18 assists in 30 regular season games. “(He’s the) only guy I have ever seen do the moonwalk after he scores. He can score some goals, he is a bigger guy with skill.” mentioned Sutter to a chuckle from the nearby scribes.

The Rebels don’t have a lot of goaltending depth in their system so they went our and grabbed Merik Erickson with their 11th round selection. Erickson played with the Burnaby Winter Club of the CSSBHL and took the ice in 15 games. “A goalie that we felt even though we already drafted one, he’s better than a lot of guys. Why not roll the dice on a guy like that when you have a good goalie and see where that shakes out.” was Sutter’s reasoning for taking the second goaltender of the draft.

For their final pick, the Rebels headed back to the US. The Wayzata Trojans are a team located just west of 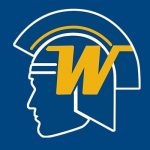 Minneapolis, MN and Logan Wright was the guy they were after. He is no slouch at six-foot-four and 170 pounds. “Usually you go to Minnesota for skill, he’s a big tough guy,” said Sutter, knowing the team likes to take players that play the “Sutter” brand of hockey. “He’s got some development in front of him but he is a real hard guy to play against. Again he is a guy that other teams know when he is on the ice. He has size 14 feet and is six-foot-four.