It will all be over in about a week.

That is, the current edition of the Stanley Cup playoffs.

And what an edition it has been, orchestrated by the National Hockey League with admirable efficiency amid COVID-19 restrictions.

Indeed, the NHL seems to have gotten it right.

When the Dallas Stars and Tampa Bay Lightning face off in the championship finale, the first time ever the teams have met in the post-season, the rosters will include a definite Western Hockey League presence.

Drill down a little further and a trio of Kelowna Rockets alumni will be skating in the final.

Forwards Blake Comeau and Jamie Benn will suit up for Dallas. Defenceman Luke Schenn is patrolling the blueline for Tampa Bay.

While none of the three have had their name etched on the Stanley Cup, that will soon change.

DUBNetwork spoke about the players with Lorne Frey, a key contributor to the Rockets storied success in junior hockey.

Frey, who now resides in his hometown, Swift Current, Saskatchewan, provided his typically energetic voice as we reflected on their professional careers and the impact Comeau, Schenn and Benn had during their time in Kelowna.

BLAKE COMEAU (Meadow Lake, SK)
– Drafted by the New York Islanders in the second round, 47th overall, at the 2004 NHL Entry Draft.

During his WHL career with the Rockets, Comeau played 253 regular season games and 72 more in the post season. Kelowna acquired Comeau in the second round, 35th overall, at the 2001 WHL Bantam Draft.

“Yes, he was a draft, Blake was a second round pick I think,” said Frey. “And then I think we brought him in as a 16-year-old.

“It didn’t start off good with us. Mark (Habscheid), didn’t really like him at the start. He didn’t have a great training camp at 16 and I don’t think he played much the first month. I remember Mark was on me a little bit and we debated whether to keep him or not. And I figured, well, we’ll keep him.

Comeau played four full seasons with the Rockets, appearing in three Memorial Cup tournaments. His best numbers offensively came in his final season, when he scored 21 goals and added 53 assists for 74 points in 60 games.

“He was what he is now,” Frey said. “A great skater and he could score. His game hasn’t changed a whole lot since. He could play both ends of the rink.”

During his final WHL campaign, Kelowna won the league title, advancing to the Memorial Cup in London, Ontario. During the WHL final series against the Brandon Wheat Kings, the Rockets lost starting goaltender Derek Yeomans to a season-ending injury and arrived in London with backup keeper Kris Westblom handling duties between the pipes. The Rockets lost three close games and did not qualify for the playoff round.

JAMIE BENN (Victoria, BC)
– Drafted by the Dallas Stars in the fifth round, 129th overall, at the 2007 NHL Entry Draft.

During his WHL career with the Rockets, Benn played 107 regular season games and 36 more in the post season. Kelowna acquired Benn as a listed player and he jumped to the WHL after a couple of seasons with the Victoria Grizzlies of the BCHL.

“It was great to get Jamie,” Frey said. “The main reason we got him might be because of Len Barrie.

“I saw him play and we invited him to camp, but he didn’t come as a 14-year-old. He never got drafted. He was small, but he was really good. I think he played with Juan de Fuca or Peninsula, I’m not sure which one.

It was an important addition for the Rockets, as the team was making its way back to the WHL’s upper echelon after a couple of down seasons, by Kelowna standards. Benn, who had already been drafted by Dallas while a member of the Grizzlies, brought his offensive skills and a surprising physical toughness to the forward group.

“(When we listed him) I met with Jamie and his parents,” Frey said. “I told him then, I said by the time you’re 19, you’ll be in the NHL. But, he went and played in the BCHL because he was thinking about going to school. He was hell of a player and he just got better and better and better.

“We had Tyson (Barrie) then, and Len coached him in, I think, Victoria when he was with the Grizzlies. He was basically the guy who helped guide him to us.”

Coincidentally, it was Benn and Barrie who combined on the Rockets WHL championship winning goal in 2009, an overtime tally against the Calgary Hitmen. During the Rockets run to the 2009 WHL championship, Benn was outstanding. His good play continued at the Memorial Cup in Rimouski, QC, where the Rockets dropped the tournament final to the Windsor Spitfires.

“Yeah, he was good,” Frey said. “He was a difference maker in the playoffs. And he was tough. A lot of guys didn’t know that until he had his first fight. He caught a lot of guys by surprise.

“He was just a great player. I mean, look at the Olympics and stuff. I mean, for a couple years there he was probably one of the top 10 forwards in the NHL.”

Benn, now 31, has played in 814 regular season NHL games and 53 more in the playoffs, all with Dallas. He is currently leading the Stars in post-season scoring with 18 points.

LUKE SCHENN (Saskatoon, SK)
– Drafted by Toronto Maple Leafs in the first round, 5th overall, at the 2008 NHL Entry Draft.

During his WHL career with the Rockets, Schenn played in 189 regular season games and 19 in the playoffs. The Rockets acquired Schenn in the first round, 20th overall, at the 2004 WHL Bantam Draft.

“I’m really happy for him,” Frey said of Schenn’s play of late with the Lightning. “He looks way more comfortable than I’ve seen him for some time. I’ve watched a few times and I’m so happy because he was sort of in and out of lineups.”

Schenn’s career in Kelowna was curious in that he was a key member of the organization during the 2006-07 season when the team failed to qualify for the playoffs. It bears mention, simply because it’s been such a rarity in Rockets history. Schenn appeared in all 72 regular season games and was the third leading scorer on the team with 29 points.

“It was a tough year for sure,” Frey said. “But you know, we were hoping for Alex Edler and Kyle Cumiskey to some back, but by Christmas time, both of them were playing in the NHL.

“We get those two guys back, I don’t think we would’ve missed the playoffs. But, we decided to go with a relatively younger hockey team, we had to rebuild a little bit.”

The next season, Schenn’s NHL draft year and Benn’s first season in Kelowna, the Rockets finished second in the BC Division, but dropped its first round series to  the Seattle Thunderbirds in seven games. A couple of months later at the 2008 NHL Draft, the Leafs made Schenn its first round pick, then chose to keep him in the NHL.

“Yeh, that might have been a mistake,” Frey said of Schenn playing in the NHL as an 18-year-old. “I mean, to come back for another year, he would have ended up being a better. I’m not saying a lot better, he’s done well.

“Luke’s an unbelievable kid, a solid guy and he loves the game. He has such a huge passion for the game. It’s all about hockey.”

Schenn, now 30, has played in 759 regular season NHL games and 21 more in the playoffs, with seven different teams (Leafs, Flyers, Kings, Coyotes, Ducks, Canucks, Lightning). He was named to the NHL All-Rookie team after the 2008-09 season. 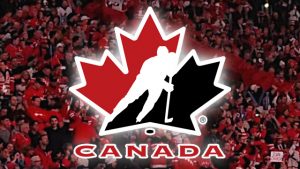 A win by the Bolts would mean back-to-back Stanley Cups for the Schenn family. Brayden Schenn, who played for the Brandon Wheat Kings and Saskatoon Blades, was a member of the St. Louis Blues championship team last season…Jordie Benn of the Vancouver Canucks, two years older than his brother Jamie, was also “in the bubble” in Edmonton this post-season…While Comeau and Benn played in the Memorial Cup as members of the Rockets, Schenn did not. However, Kelowna included the youngster in its trip to the 2005 tournament in London where he was able to experience the event.

A member of the Lightning who Rockets fans may not be too excited to root for might be forward Anthony Cirelli.  At the 2015 Memorial Cup in Rimouski, QC, as a member of the Oshawa Generals, it was Cirelli’s two goals, the second in overtime, that snatched the national championship from the Rockets by a 2-1 count. Cirelli scored the series clincher in overtime for the Lightning to eliminate the New York Islanders in six games…Stars goaltender Anton Khudobin is another WHL grad playing in the finale, a member of the Saskatoon Blades for two full seasons. While his hockey address was in Saskatoon, Khudobin starred for Team Russia at the 2006 World Junior Championship in Vancouver, but his toughest outing of the tournament may have came in the gold medal game where Team Canada dominated in a 5-0 victory over the Russians….Coincidentally, the only other member of that Russian team who was playing in the Canadian Hockey League was forward Alexander Radulov, then of the Quebec Remparts. Radulov, now 34, is also a member of the Stars….Other WHL grads slated to suit up for the Stanley Cup final series are Brayden Point, Brayden Coburn and Tyler Johnson with the Bolts.