Jonathon Blum is one of the top defencemen in Vancouver Giants’ history. The franchise leader in assists and powerplay goals, Blum was a leader on and off the ice. In this piece, Blum looks back on his time with the Giants and discusses the lessons he learned that have stayed with him throughout his career.

Moving from California to Vancouver

The Giants selected Blum in the seventh round of the 2004 Bantam Draft. In 2005, he made the move up the coast to BC. Moving from Long Beach to Vancouver was a big adjustment for Blum. “Being from Southern California, you do not know much about the Western Hockey League”, Blum says. “I made the jump to go to the Vancouver Giants instead of college, and I think it was the greatest decision I made.”

Blum still holds some franchise records including all-time regular season and playoff assists as well as powerplay goals. He is also the only Vancouver Giants player to be named the Canadian Hockey League Defenceman of the Year. “I was very fortunate enough to play with a lot of good players that I was able to pass the puck to and they could score some goals,” Blum explains when talking about his records. “It is pretty cool to have that, and I know one day they will be broken because the Giants do a good job of developing players.”

In Blum’s first season, he put up 24 points in 61 games and was part of the Giants team that made it all the way to the Memorial Cup.

“That was awesome. It was one of the coolest things we could do as a group to just keep sweeping teams and sweep the championship and then we get to the Memorial Cup and that was an eye-opener. You go across the country and playing against the top teams as a 16-year-old at the time, it was a moment I won’t forget because that level of hockey is the best of the best. When you are playing against guys like Radulov and so many other guys while you have Gilbert Brule who puts up five points a game, it was pretty awesome to be a part of. I think that experience for most of us that played that second year in the Memorial Cup was very crucial for the win we had the next year.”

“Goosebumps rolling up in the bus in the parking lot with a bunch of tailgaters out there with all the fans chanting let’s go Giants. Walking into the Coliseum knowing it’s going to be a white-out there while your friends and family are watching was special. It was particularly special to beat Medicine Hat as they beat us in Game 7 in the Western Hockey League Finals. [Winning] on home ice and just being able to live that is a memory that I will never forget. Definitely in my top 2 or 3 moments in hockey.” 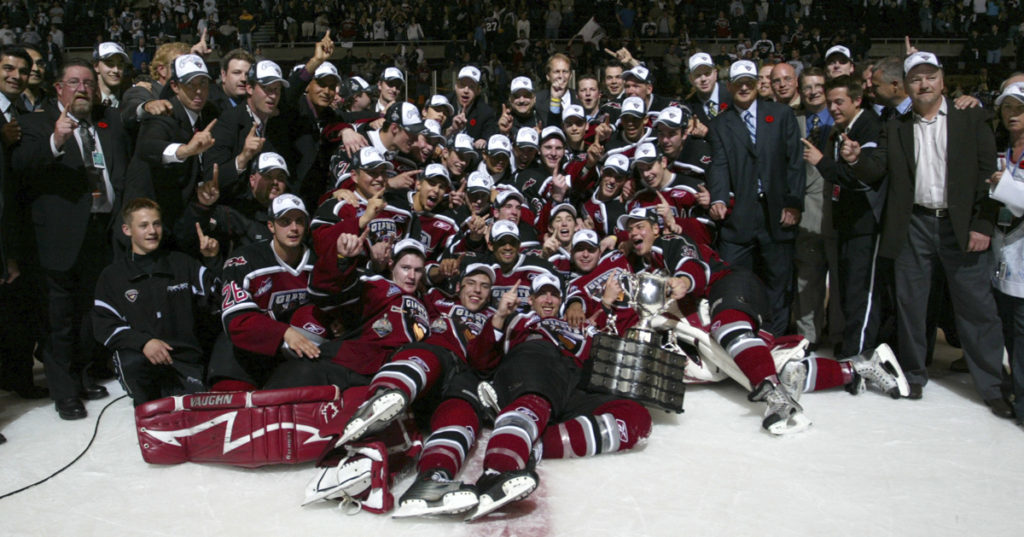 Blum still enjoys watching the games on replay when the WHL posts them, even 14 years after the championship.

Throughout Blum’s time with the Giants, he had the same management and coaches to help him grow and develop.

“Don, Scott, Ron, and Craig Bonner were all like dads to me, especially when you leave home at 16 and you are living with billets you do not know. Those are the male figures you see every day that are giving you confidence not only in hockey but in life. They put a lot of discipline in me which is a good thing. Don, Scott, Ron, and Craig were all about hard work. . I think that carries over 15 years later.  Now that I am a father, I am trying to do the same thing with my kids. I owe a lot to those guys and I am thankful because like I said, they were like father figures to me when my Dad was in California. I can’t thank them enough.”

After his Memorial Cup win, Blum was invited to the World Juniors to play with Team USA. The next year, he was invited back but this time as captain. Although the USA team did not do well in the tournament, it is something that Blum still looks back on.

“It was a big honour, especially being the captain for the second year. To be the leader of Team USA was an awesome experience and we had a great group of guys. We fell a little short, but it was just very cool to be selected and have that trust and faith from the coaching and management staff and the players.”

In 2018, Blum was selected to play in the Olympic Games for his country. This was one of Blum’s all-time favourite hockey moments.

The number of Giants alumni who will compete for Gold at the 2018 Winter Olympics in Pyeongchang, South Korea!

“That is probably the highlight of my professional hockey career, even junior. Even though the NHL guys were not there, you are still an Olympian. To put on your team’s colours at the highest level it was something special. To have all my family come out and watch me live was something I will never forget. Walking out with Team USA and all the Olympic athletes at the Opening Ceremonies was crazy. Playing against Russia in the Olympics and the hatred that is there and the rivalry is just fun times and great memories.”

Life after the Giants

Blum was drafted by the Nashville Predators in the first round of the 2007 NHL Entry. Blum became the first California-born and raised player drafted in the first round in history. In 2011, Blum played in his first two playoffs series. Round one was versus Anaheim and round two versus Vancouver. This was special for Blum as these two teams represented his birthplace and his adopted home. 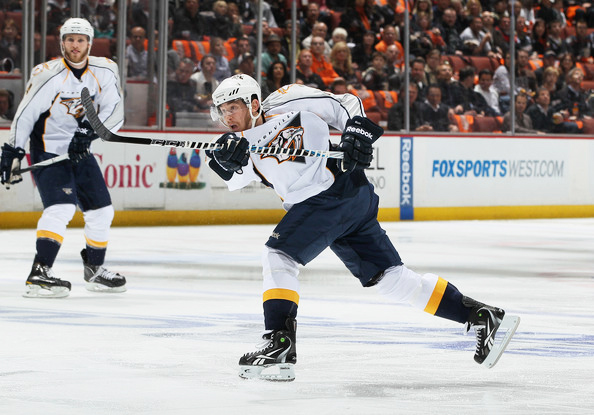 “It was the best of both worlds for where I lived. Playing in the second round, you grow up in Vancouver playing hockey for the Giants and obviously, you are the second story to the Canucks. All you hear about is the Canucks, so when you are playing against the Sedins, Kesler, Luongo, and all those guys in the playoffs it’s pretty cool. . At the time I had so many friends in Vancouver that I met during my career secretly rooting for me. On the outside they were Canucks fans but, on the inside, you know they wanted me to do well. It was pretty cool to have that experience.”

After 6 seasons bouncing between the NHL and AHL, Blum was given the opportunity to play in Russia for Admiral Vladivostok. During his third season, he was named Captain of his team. He played one season with Dinamo Minsk and then moved on to the Swedish Hockey League. Blum looks at going to Russia as a restart of his career.

“I enjoyed my time in Russia. It was a great experience. It is always hard to leave North America, but the timing was right. Hockey became fun for me again. You get to a time where it just doesn’t get too fun and you have a new spark going overseas. I got to play in the second-best league in the world over there and meet a lot of great people. For the most part, the four years spent there were pretty positive.”

For the last two seasons, Blum has been part of Färjestad BK. Blum put up 33 points in 51 games last season but has only appeared in 9 games so far this year. With COVID-19, Blum explains some of the new challenges that he and his team has faced this season.

“It’s definitely different. They are cracking down on a lot of stuff right now. Last game, one of our guys got a penalty for a scuffle in front of the net. The ref was yelling COVID, back off and they both got a penalty for not backing off or social distancing. Other than that, it has been alright.”

When asked about going from the smaller ice in North America to the larger ice in Europe, Blum had this to say.

“There is not actually that much more time with the puck than you would assume. Just open ice, a little harder to play tighter defense because they make the cross pass and that guy is winding up with speed. You have to play within the dots and keep them to the outside. In North America, your gaps are a little better. It is an adjustment that’s for sure, especially with the way hockey is going right now. It is all skating and skill. Definitely changed over time. “

Keeping up with the Giants and old teammates.

“I was following them very closely when they were in the finals versus Prince Albert. There are so many hard-working people in that organization that put in a lot of time and effort. It was just nice to see them make that run into game 7 of the finals.”

Blum has been back with the Giants a few times over the years. Whether that be for the 10-year reunion of the Memorial Cup team, or for his bobblehead night. “It’s funny because my kid always plays with the bobblehead when we are at home in California. It’s pretty special. I loved every moment of my time in Vancouver.”

As for his future plans, Blum hopes he can return to Vancouver after his playing career and start a coaching career. “I still have a dream of coming and coaching there. Maybe be an assistant coach or even a head coach one day. I loved living in Ladner and Tsawwassen. It was just a fun atmosphere and fun people. Living in Canada was great and maybe one day it will work out.”

From a Memorial Cup Championship to captain of the Giants, Jonathon Blum is one of the best players to ever wear a Giants uniform. Blum holds a special place in the hearts of a lot of Giants fans as he gave everything he had on the ice at the Pacific Coliseum. It is clear why Giants fans loved him so much, and why they continue to hold him in high regard when discussing the franchise.